Billionaire’s daughter, DJ Cuppy has tackled a nosy Twitter user who questioned the source of her expensive Bulgari jewelries she recently bought. 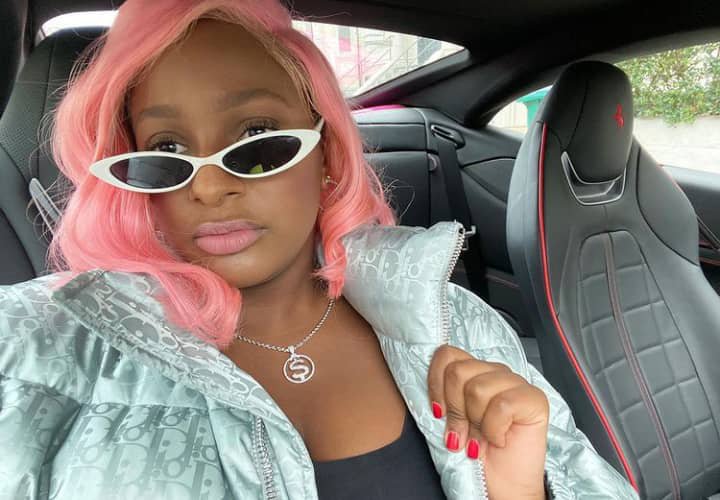 Recall that recently, DJ Cuppy took to her page to flaunt the luxury Bulgari ring, necklace and wristwatch which she hinted her new man bought for her.

In what seemed like an unprovoked questioning, a Twitter user took to his page and asked, “Who bought cuppy £27K bvlgari?”

However, when the tweet got the attention of the award-winning disc jockey and Gelato crooner, she replied “Your Papa”. 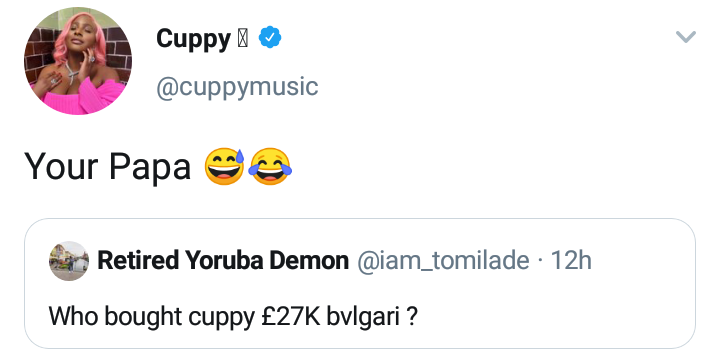