WhatsApp has been trying it’s best in pushing out a huge update to its billions of users this year. The popular instant chat messenger has been spotted testing two new features lately — Consecutive Voice Messages and Group Call Shortcut. 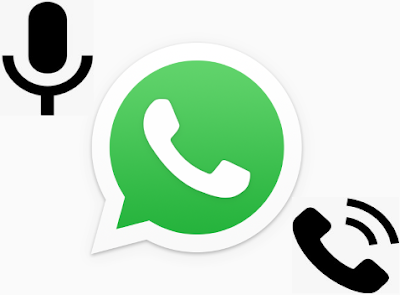 Consecutive Voice Messages
As the name suggests, the new voice messages allow to continuously play consecutive voice messages. All you will have to do is to tap on the play button and WhatsApp will play all the voice messages in a row for you. This feature was spotted on WhatsApp beta for iOS (v 2.18.100) and is only present in the code of Android Beta version (v 2.18.362) which is likely to be enabled remotely.

The feature will start to work when two (or more) voice messages are detected by WhatsApp. When you start to play the first one, WhatsApp will automatically play all other consecutive voice messages as a sequence so it won’t be necessary to press play on each message.

Group Call Shortcut
Since the group video and audio calling feature was introduced on WhatsApp, the only way to make group calls has been by calling a user first and then tapping on the group calling button on the call screen in the top right corner.

WhatsApp will soon change this behavior by introducing a standalone button for making group calls, but only in group chats. Simply tap on the button, select the friends you wish to call and then select if it will be voice or video call. This feature also showed up only in the iOS beta version of the app (v2.18.363).

WhatsApp has been testing several new features lately, like the picture-in-picture mode, private reply, dark mode, and WhatsApp stickers. You can try them out via WhatsApp Beta which allows early access to the latest features in testing.

To become a beta tester, you need to be a part of the Official Google Play Beta Programme.
NB: WhatsApp beta is known for having bugs and crashes, so be aware of what you’re getting into. You can always opt out of beta by going to the same link.