Thugs bearing cutlasses and other deadly weapons have hijacked the ongoing #EndSARs protest in the Alausa area of Lagos State. 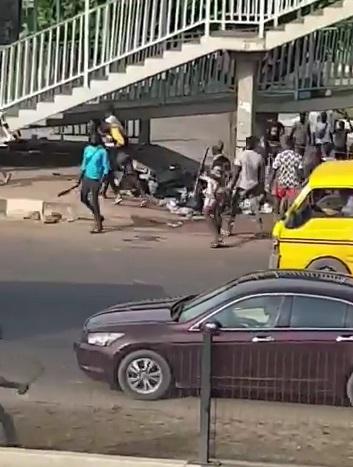 The #Endsars movement that is a fight against police brutality is now disrupted by allegedly paid hoodlums who showed up at one of the protest ground in Alausa with machetes and knives threatening to injure protesters.

According to a popular Nigerian singer, Praiz, who took to social media to call on the help of the governor, Jide Sanwoolu noted that the peaceful protesters are being harassed by thugs.

Watch the video below …