Paul Okoye, of the defunct Psquare has dropped a subtle reply to the video showing the moment Hushpuppi, Mr. Woodberry, and their alleged cybercrime gang were arrested in an operation dubbed Fox Hunt 2.

Recall that Dubai Police accused Hushpuppi and his cybercrime squad of defrauding over 1, 926,400 victims of $435.6 million. They seized $40.9 million in cash and more than a dozen luxury cars in the arrest.

Reacting via his Instagram page, Paul Okoye said that social media will be the end of this generation.

“Abeg una hear the amount of money ??? Social media go kee this generation.”, he wrote on his Instastories. 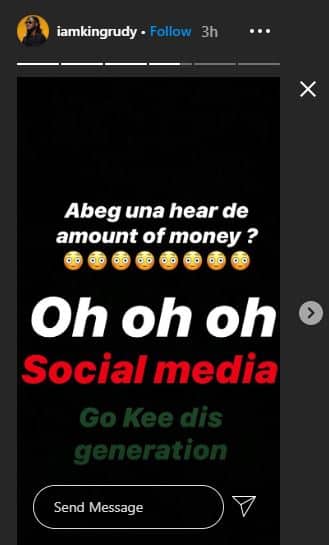