Federal Road Safety Corps has returned N900,500 recovered during a rescue service at a crash scene that occurred on Monday, 10th August. 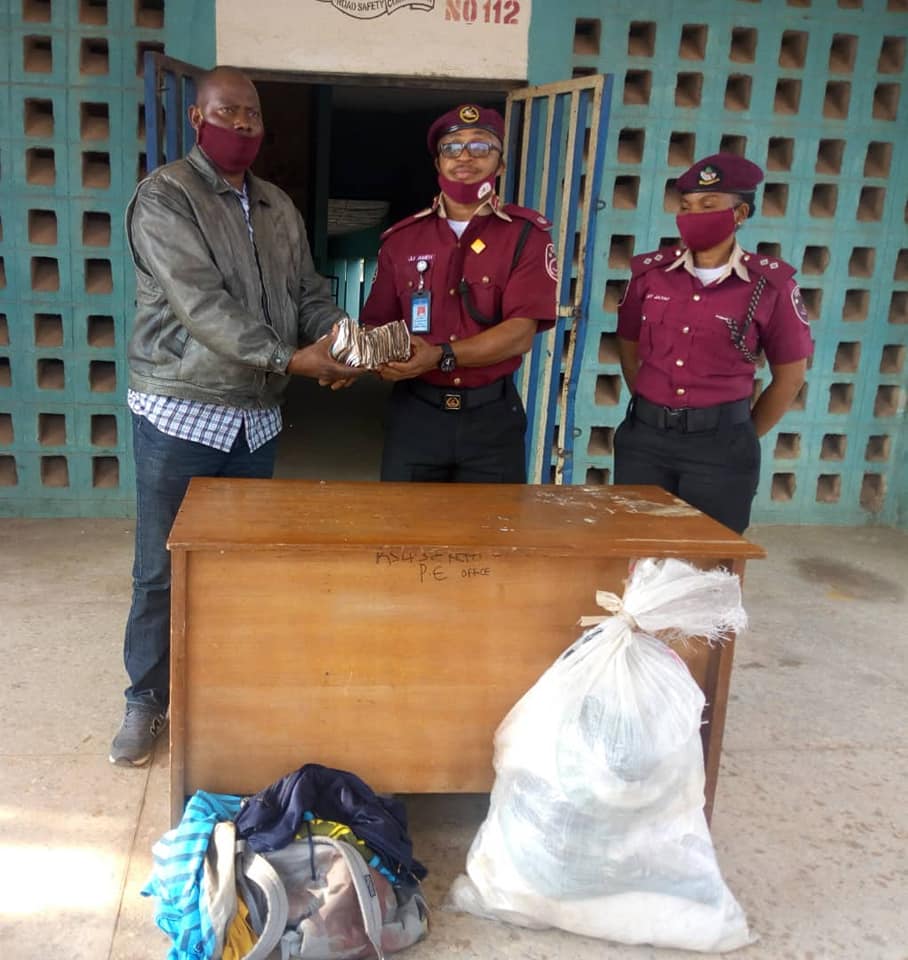 The money and other personal belongings was handed over to the victim’s brother, Sunday Nwevo.

“A cash sum of Nine Hundred Thousand, Five Hundred Naira N900,500.00 recovered during a rescue service at a crash scene that occurred on Monday,10th August, 2020 was today handed over to Mr. Sunday Nwevo, brother to the victim, Mr Emmanuel Okwudiri. The money & other personal effects of the victim have been confirmed by his brother.” 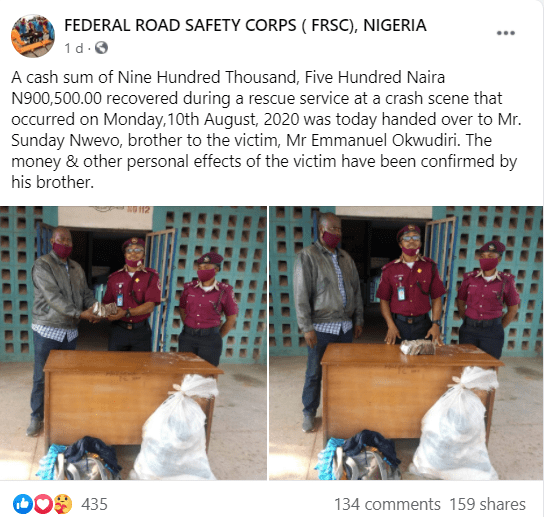