Nigerian singer, Reekado Banks has unfollowed Wizkid on Instagram shortly after the singer labelled him an animal and a fool. 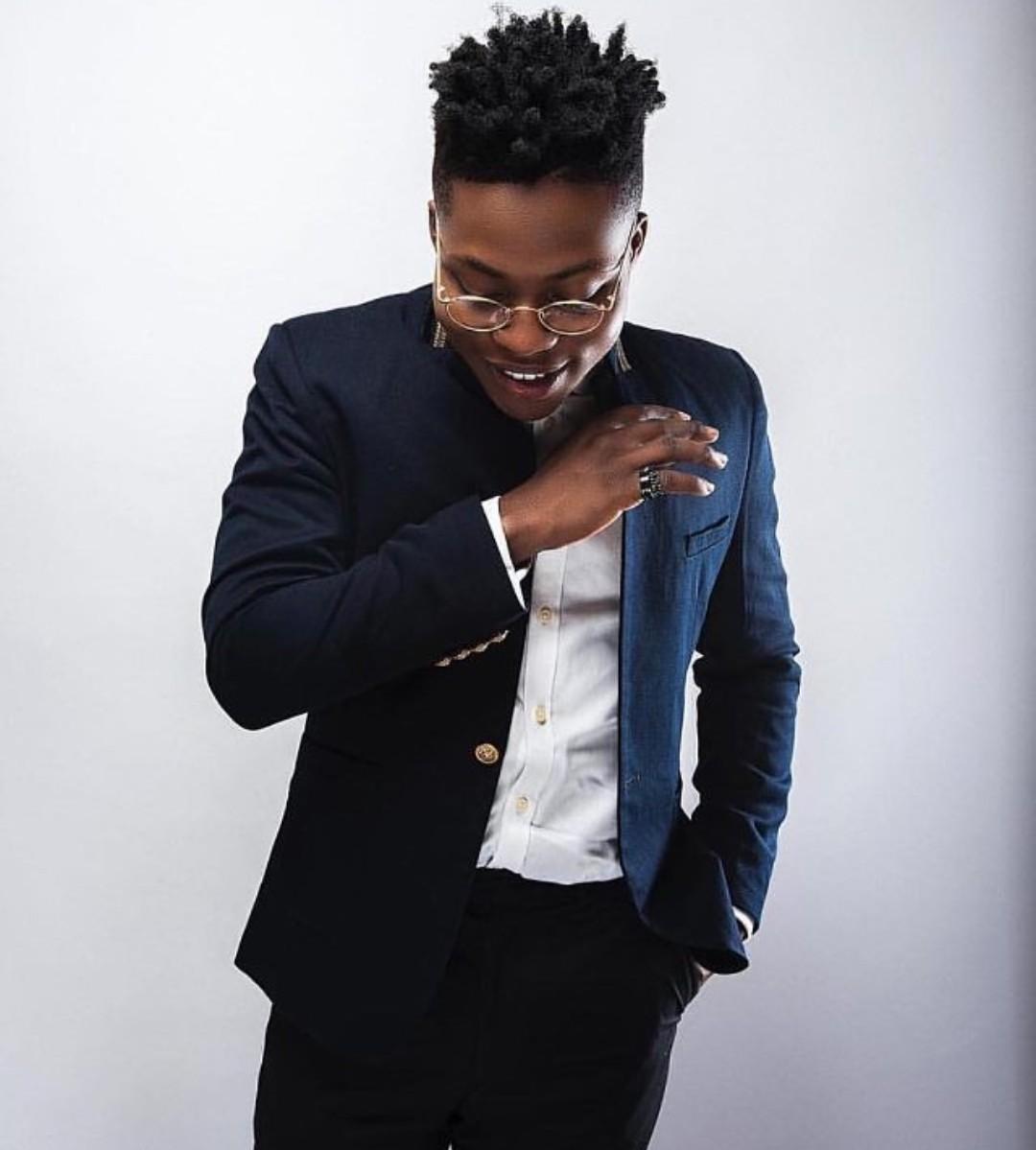 Recall, Wizkid was forced to postpone the release of his highly anticipated album “Made in Lagos” over the ongoing #Endsars protests.

Days after he postponed the album, Reekado Banks promoted a song which they had recorded a long time ago, and Wizkid called him “A Fool and A Clout Animal”, for promoting an old song amid the protests. 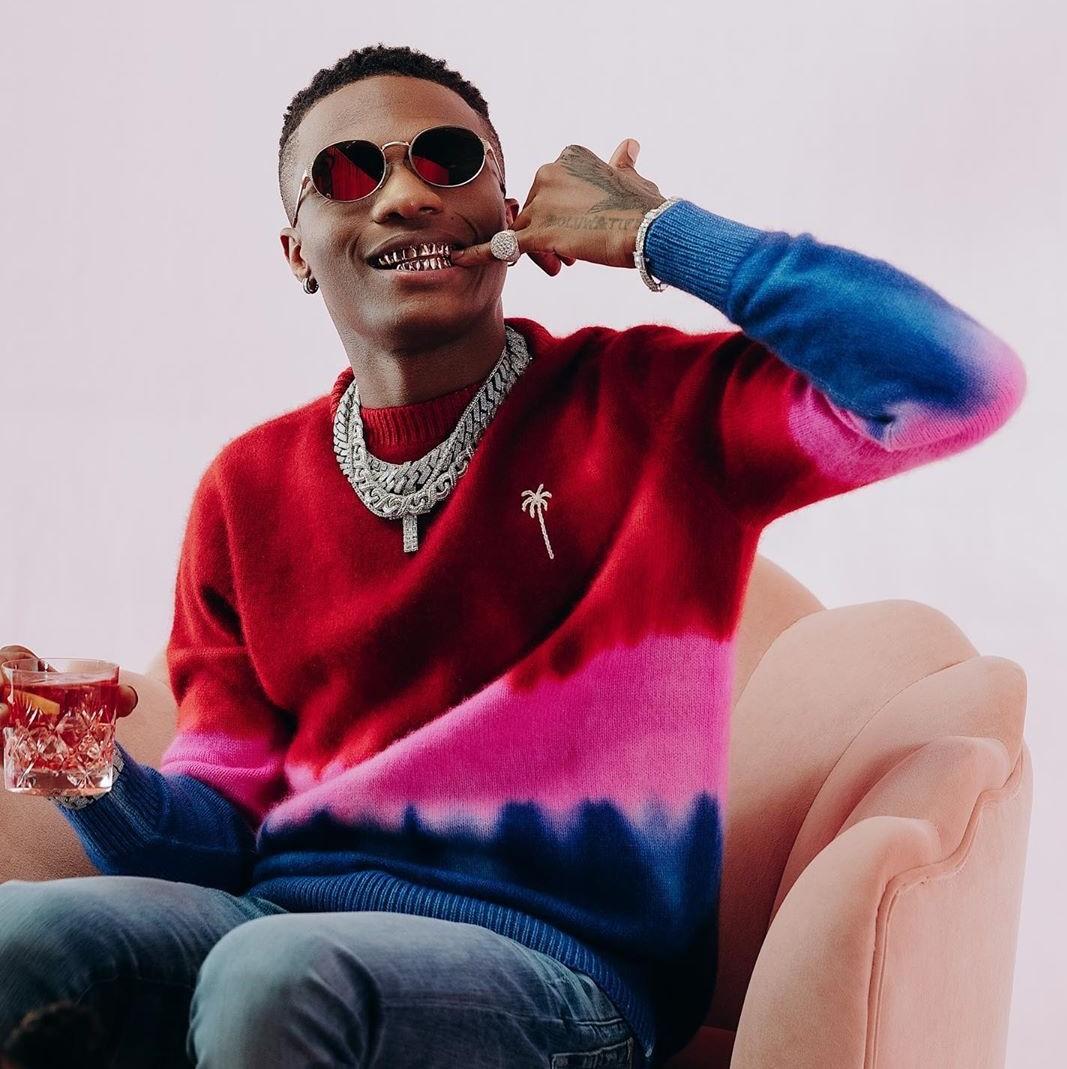 However, following these harsh comments from Wizkid, a quick look at Reekado Banks Instagram page, shows that he has unfollowed Wizkid on Instagram. 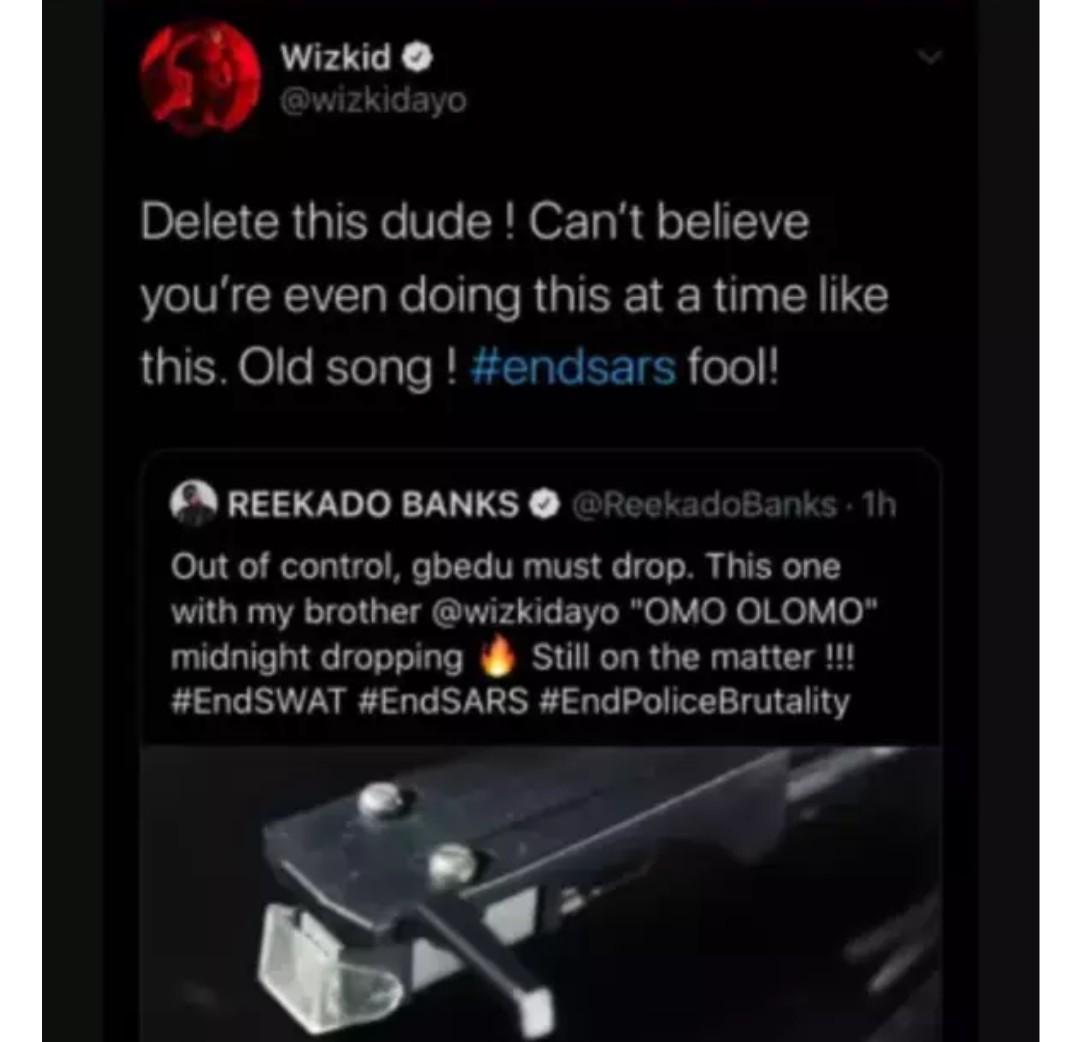 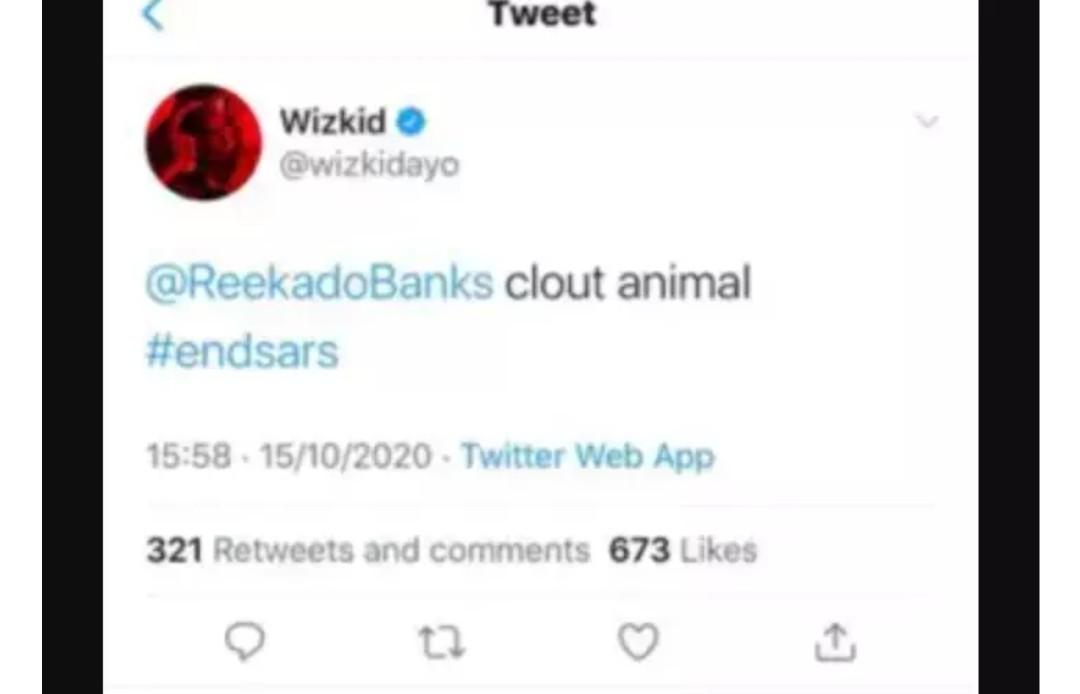 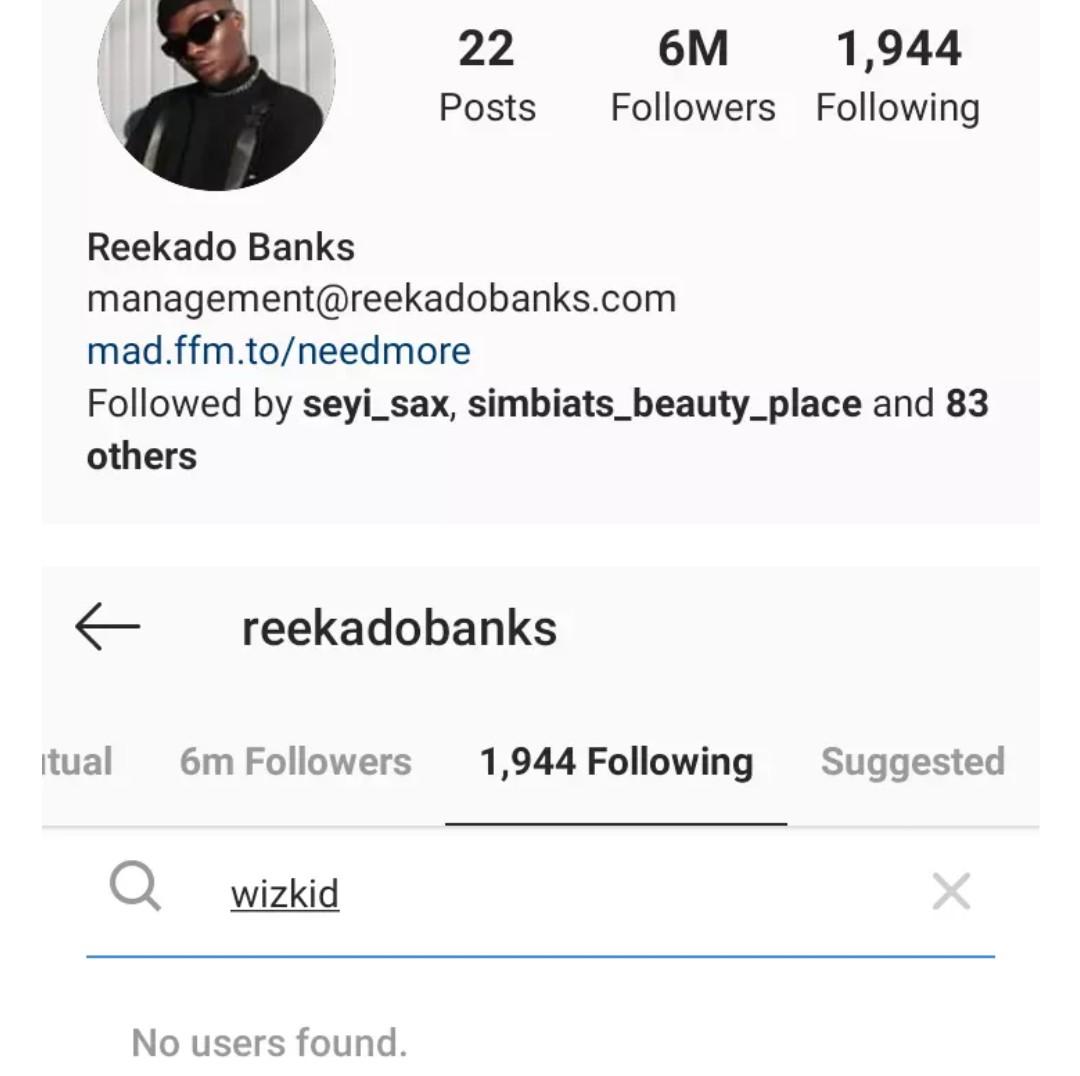 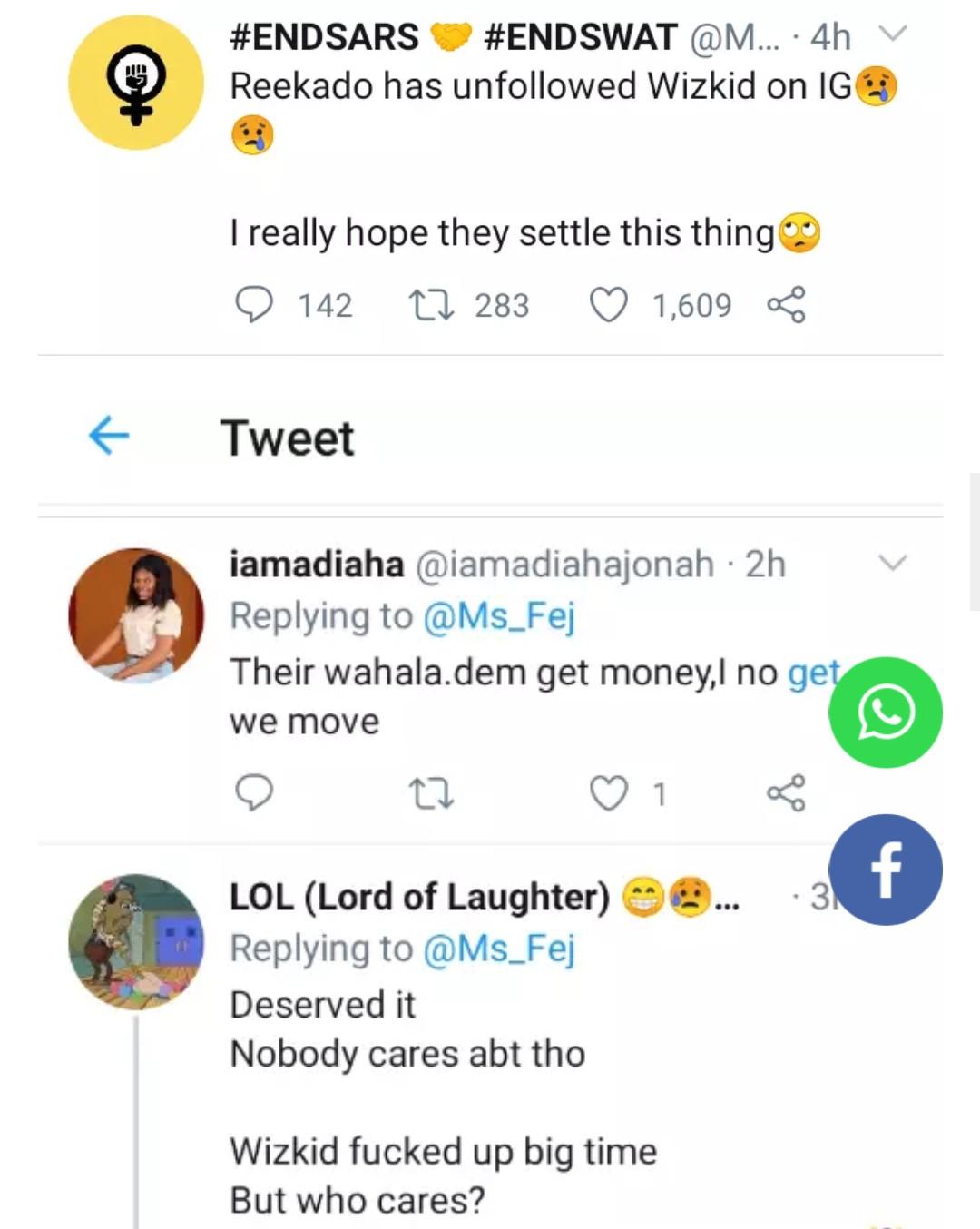 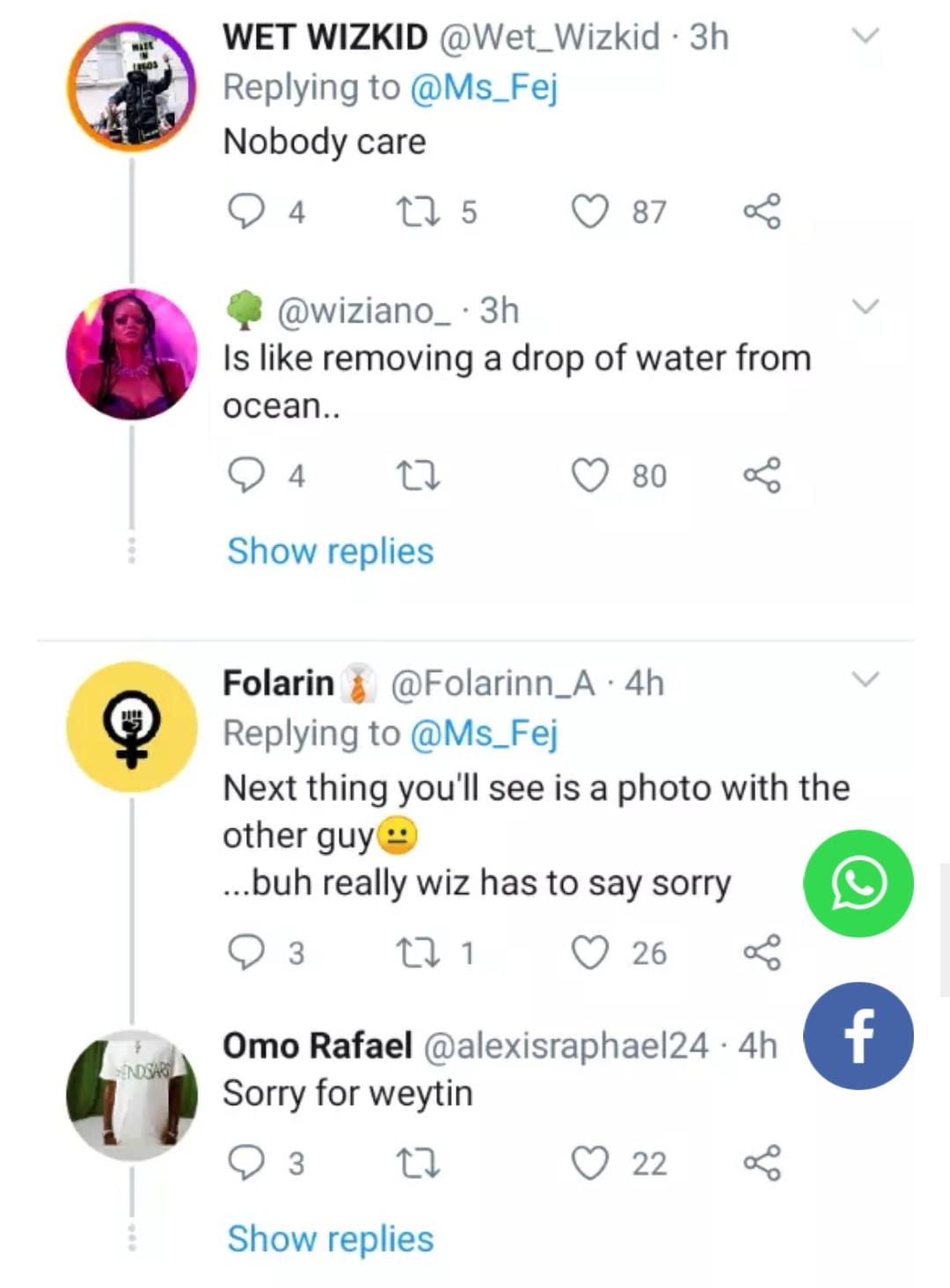 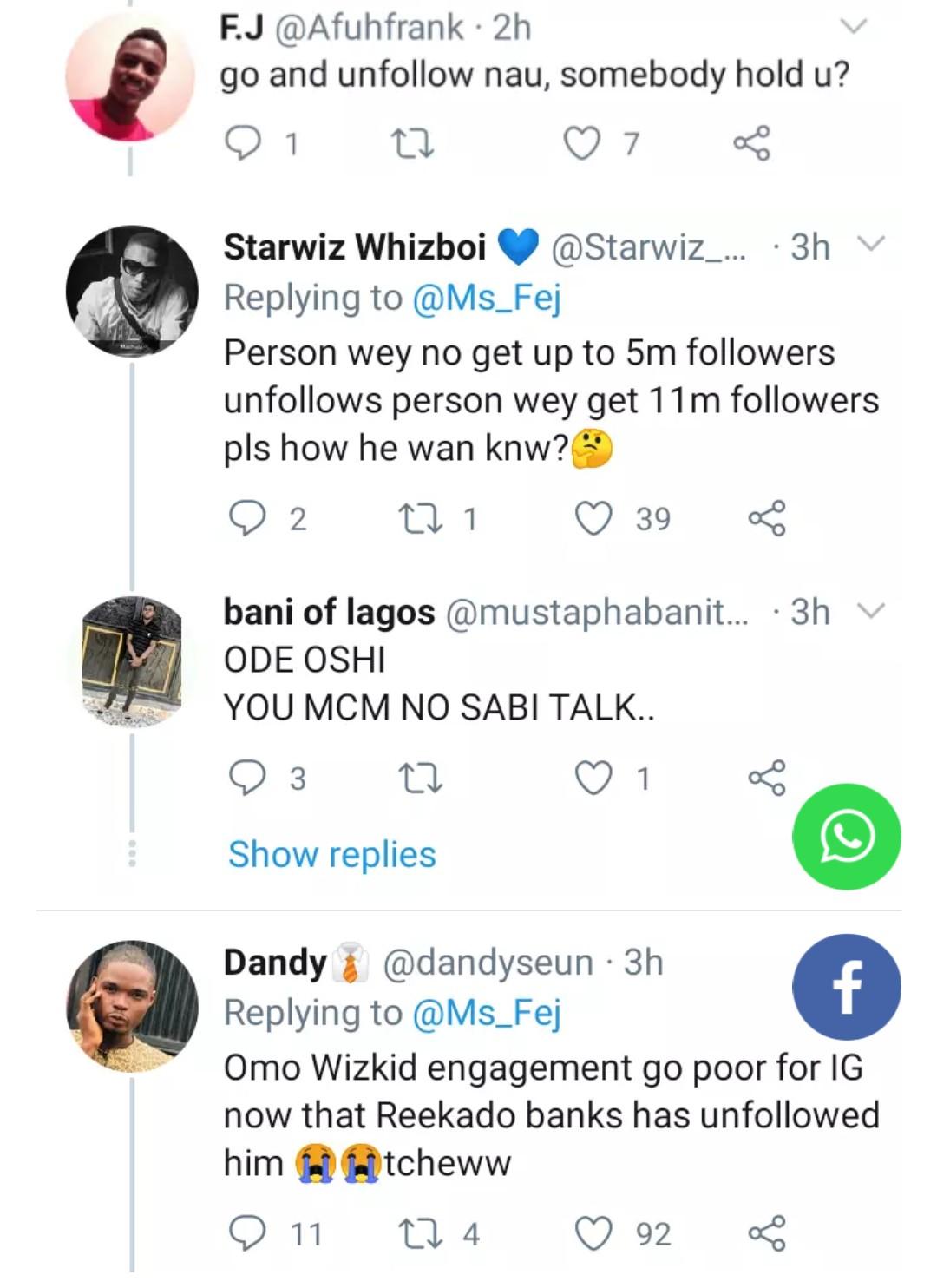