A Nigerian lady identified as Wumi Aj has cried out for justice after police officers allegedly arrested and extorted N10,000 from her over wrong dressing.

She shared details of the incident on Instagram, alleging that the police officers forced her into their car and forced to transfer N10,000 to them. 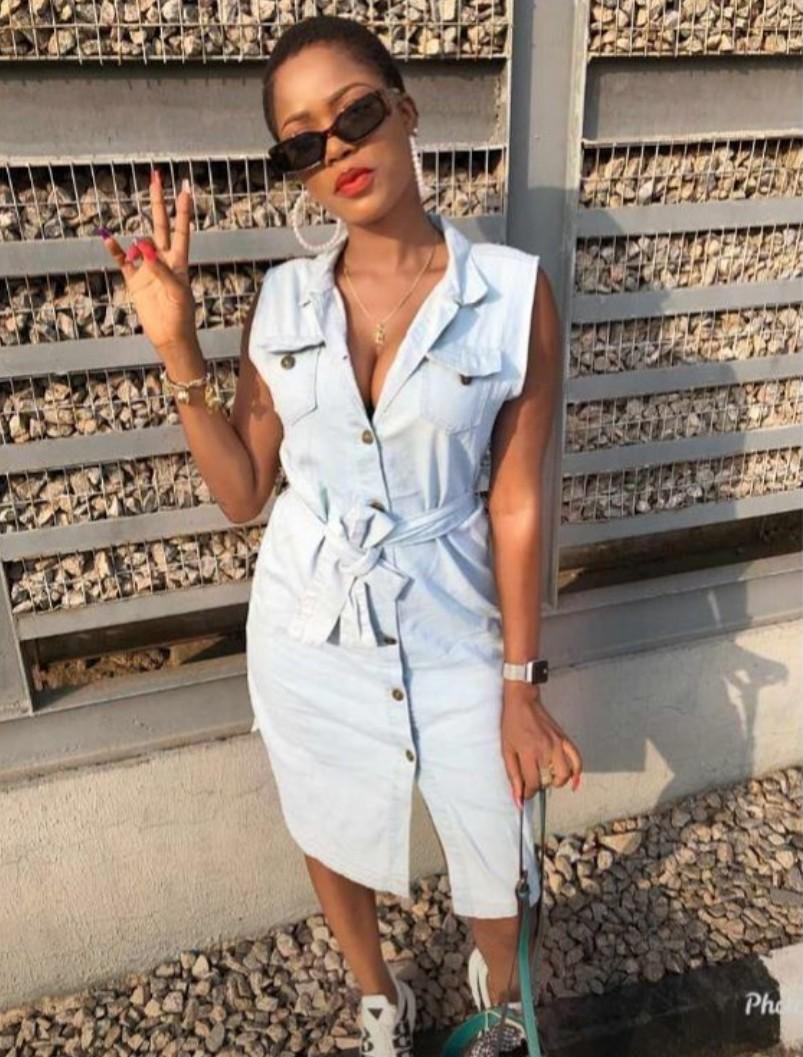 “I was arrested today at new akala express way, in front of taska filling station.
While waiting to enter the Uber I ordered for… And these two police man started shouting & raise their gun up that what I was wearing was bad… 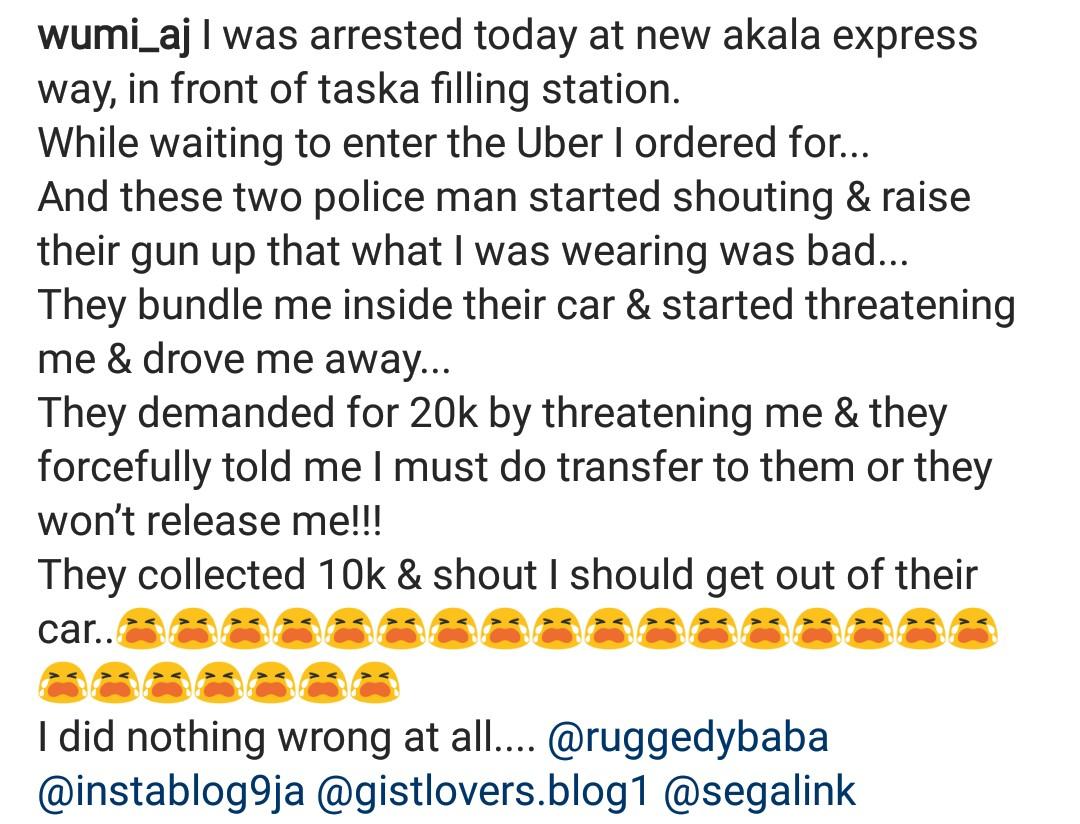