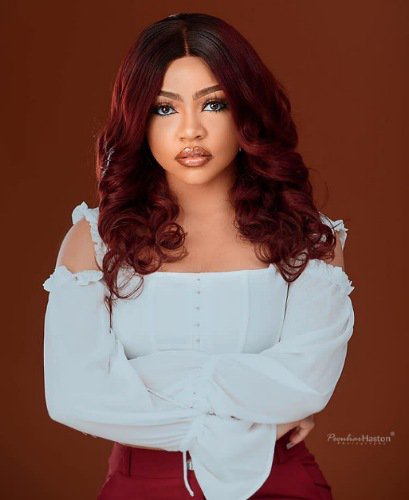 The beautiful reality TV star told her Abuja fans this when they hosted her in the Federal Capital Territory over the weekend.

According to her, she does not really like it when her fans go exchanging words with fans of other former BBNaija housemates on social media.

In viral videos now trending on social media, Nengi could be seen beautifully decorated by her fans as they had fun with her.

Speaking during the meet and greet, she also shared with them, how popular Nigerian singer, Davido contacted her to feature in his ‘Jowo’ music video.

Nengi said she was excited as she didn’t expect someone like Davido to pick her as a vixen in his music video.

Nengi has a message for us her babies 😍
She loves us and we’re her family ❤️#AbujaIsNengified pic.twitter.com/Cb3Lzd18A8