Nollywood actress Mercy Johnson and her hubby Prince Okojie have taken to social media to post their family tree photo which revealed the career paths of their kids.

The heartwarming and somewhat hilarious photo was shared by Mercy Johnson and is beginning to gain momentum on the internet, especially social media. 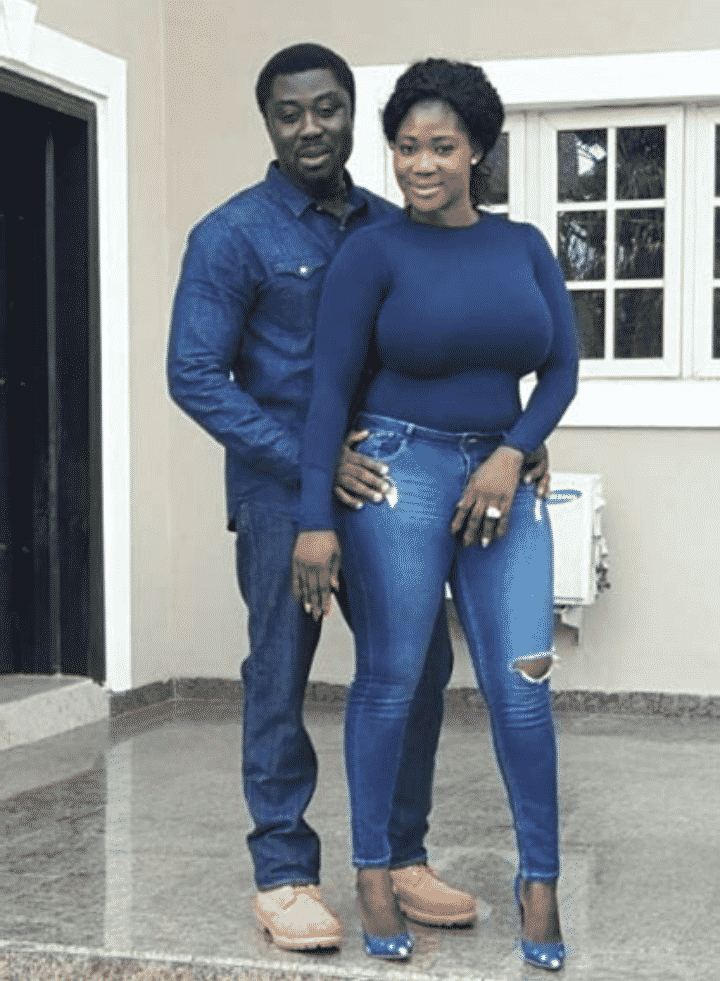 According Mercy Johnson, July is month of accomplishment. She said so while wishing her fans a happy new month.

She prayed that the dreams and aspirations of her fans be fulfilled in the new month of July.

The family tree photo showed Prince Okojie as a dad, hotelier and politician; Mercy Johnson as mum, actor, chef, producer and entrepreneur; their first daughter as baker, doctor and drama queen; their first son as a baller, video game lover and pilot; their second daughter as lawyer, mischief planner and singer while their last born child was labeled a foodie. 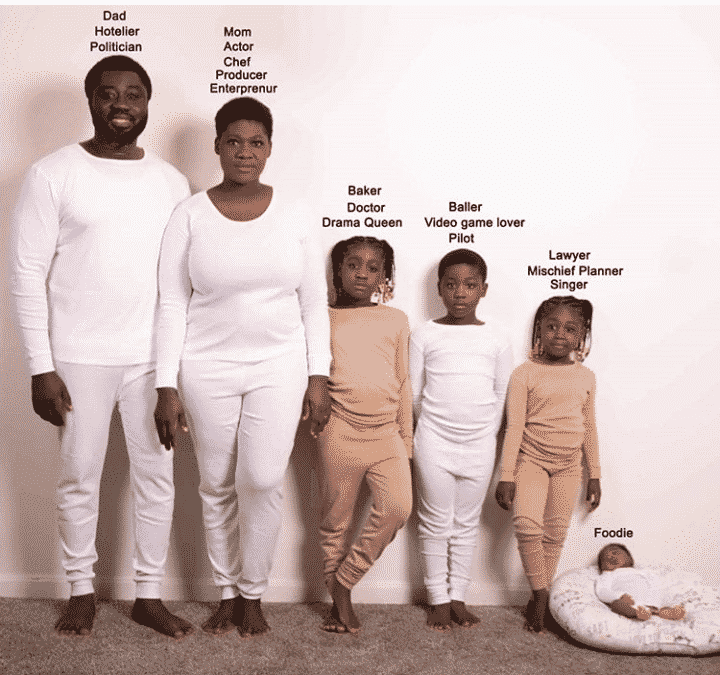 In her words, “Everybody don choose career path sha🙈🤣🤣its the month of accomplishment, may all our prayers and dreams be answered.
Happy New Month Everyone” 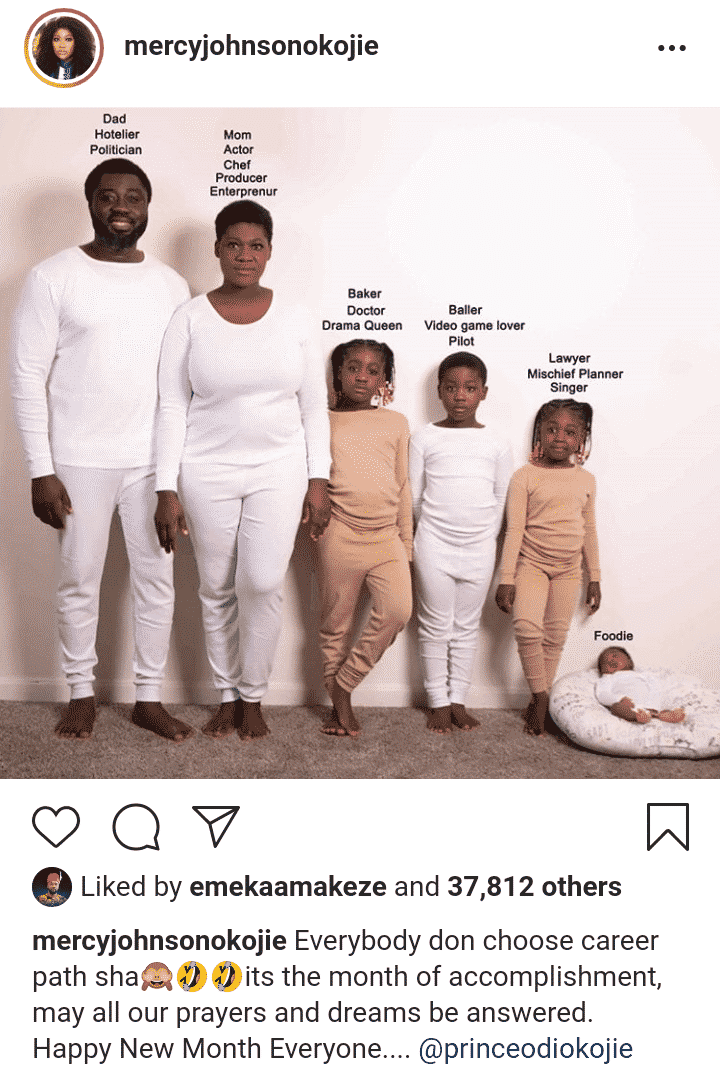