A heartbroken man has shared his chat with lesbian boss who asked him to link her up with his mother or lose his job.

Apparently, his boss who is a lesbian, confessed his feelings for his mother, saying she loves his mother and would like to hook up with her.

He however ignored her request, but she raised the topic again during their private WhatsApp conversation.

He insisted on not talking about the matter, but she threatened to make him lose his job if he doesn’t comply. She instructed him to link her up with his mother or else he would lose his job. 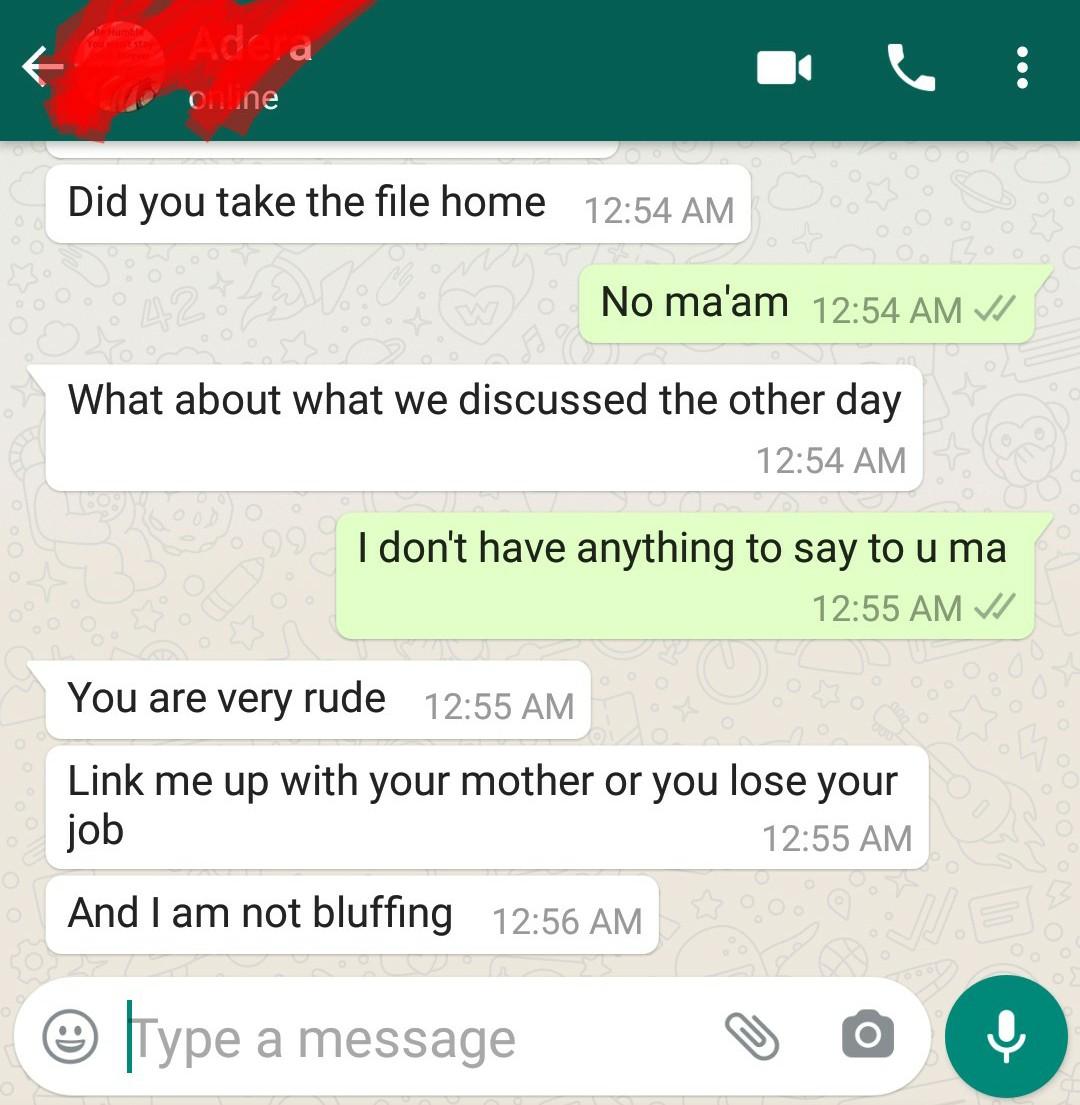