With three goals from Jamie Vardy and one each from James Maddison and Youri Tielemans, Leicester  City embarrassed Manchester City today. 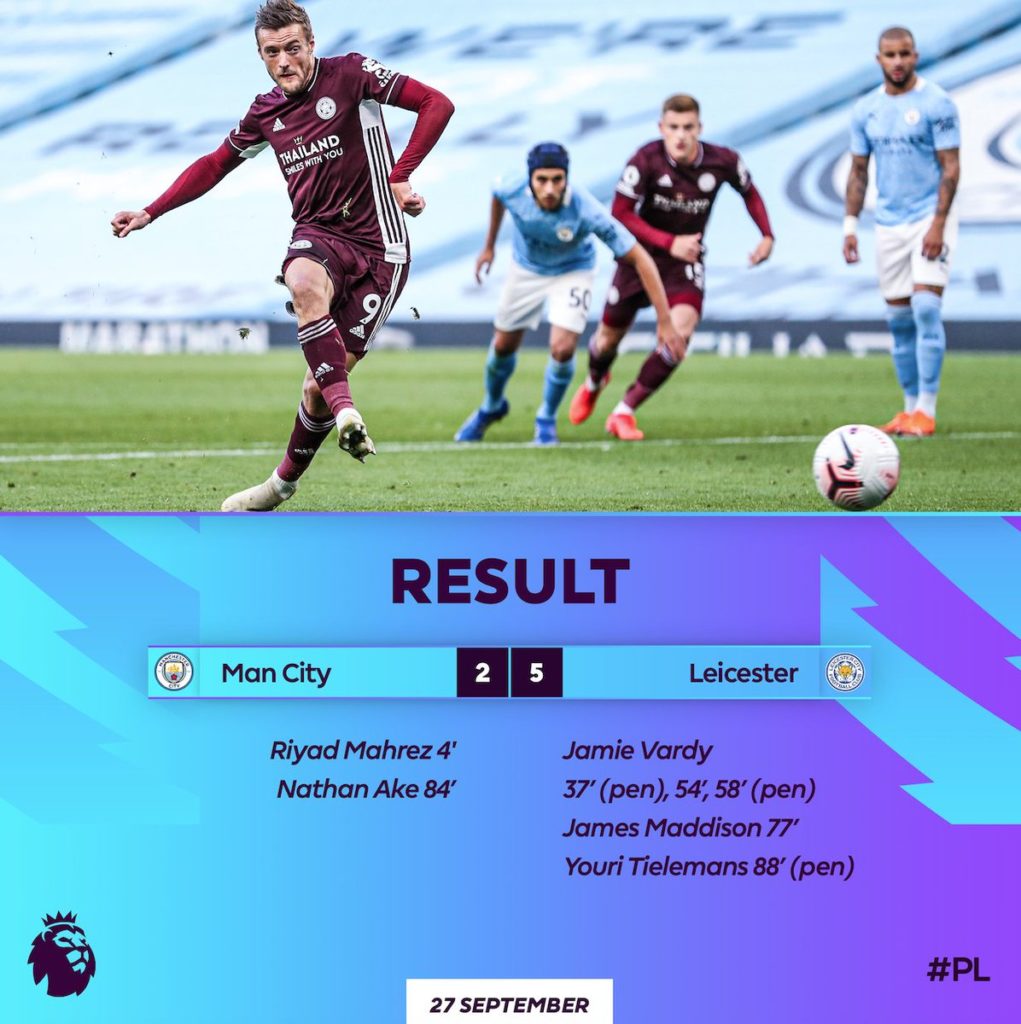 One goal each on either half of the game couldn’t do much good for the blue side of Manchester.

Leicester City send out a statement to the rest of the Premier League with a stunning 5-2 victory over Manchester City, winning their third match on the bounce to start the term.

Riyad Mahrez put the home side ahead after four minutes, but after that it was all about the Foxes. Jamie Vardy scored a hat-trick, including two efforts from the penalty spot.

James Maddison scored a stunner after emerging from the bench, while Youri Tielemans converted a third penalty in the closing stages of the contest.

Nathan Ake got off the mark for City with a late header, but he and his team-mates will reflect on a poor defensive outing as a Pep Guardiola team conceded five goals for the first time.