A Nigerian lady has shared her chat with her sister’s husband who tried to bribe her with sex after she caught him cheating on his wife.

From the conversation which was shared on social media, the man identified as John had sent her a message to talk things over after he was caught cheating.

From the screenshot, it was apparent that the lady caught him on his matrimonial bed with another woman, and she promised to tell her sister about the incident.

In order to resolve the issue, John promised to give her a great round of sex and also vowed to lick her honey pot, so she won’t report to his wife.

Disgusted by his action, the lady shared the conversation online and promised to tell her sister the kind of husband she got married to.

Read their conversation below; 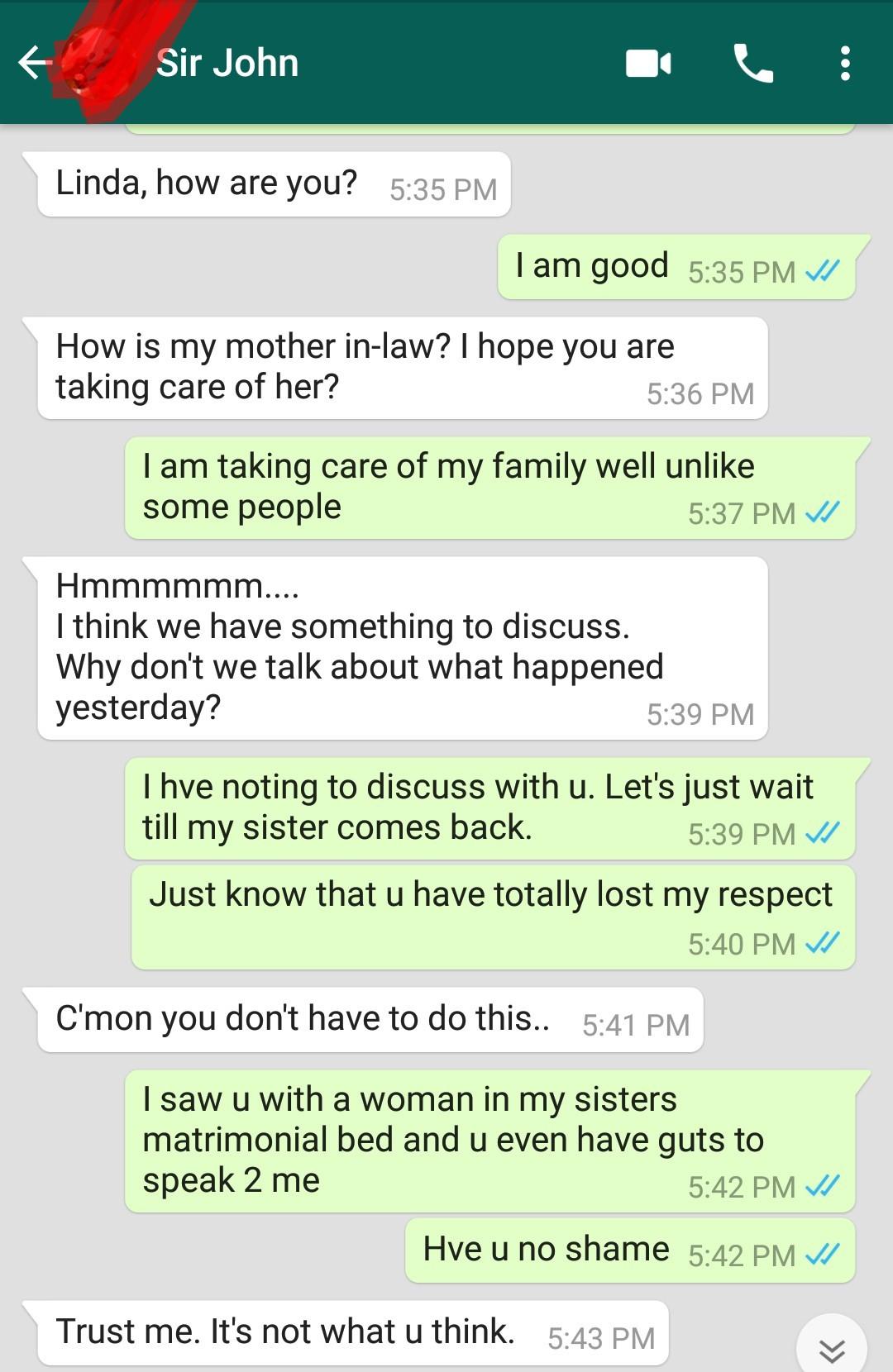 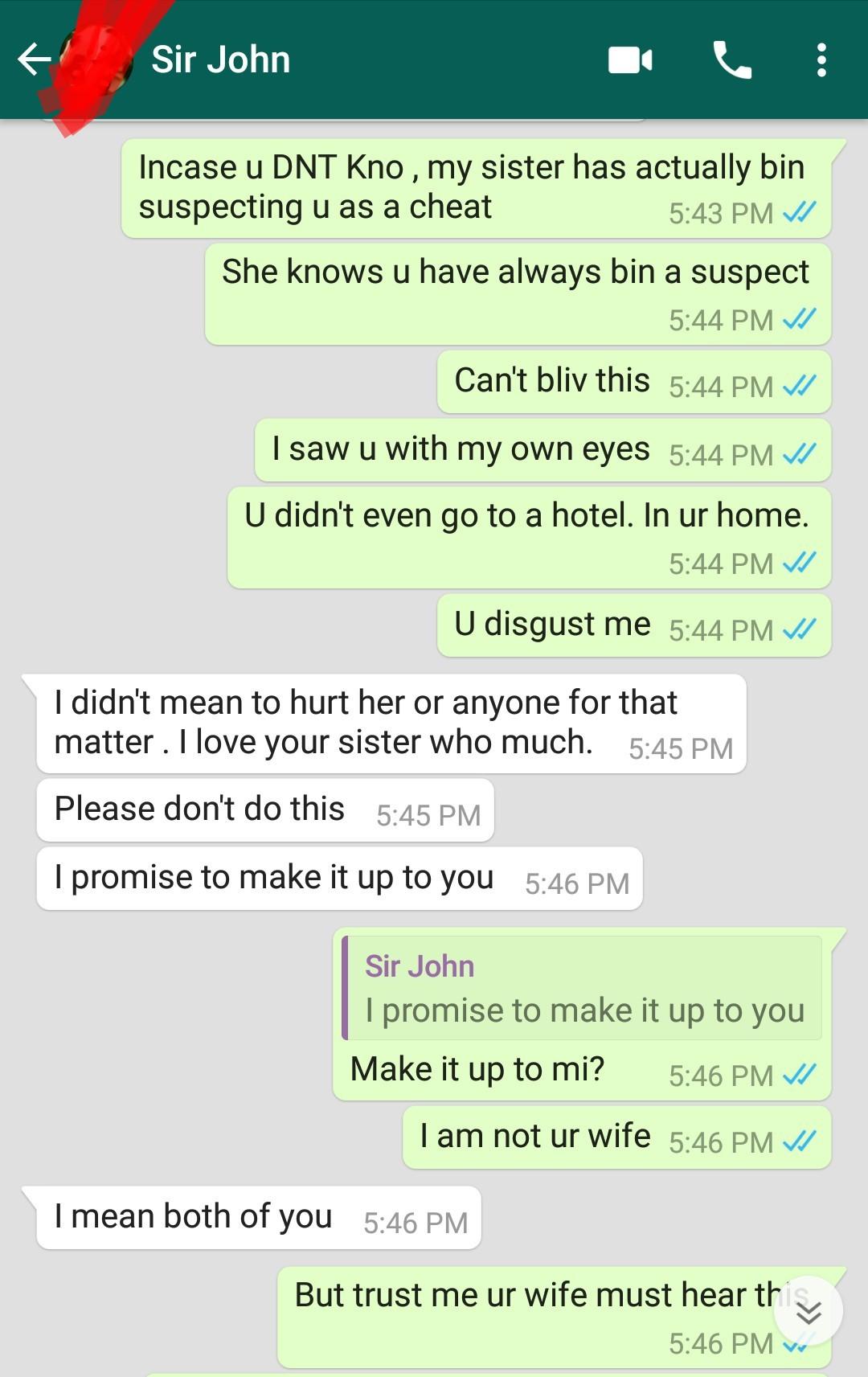 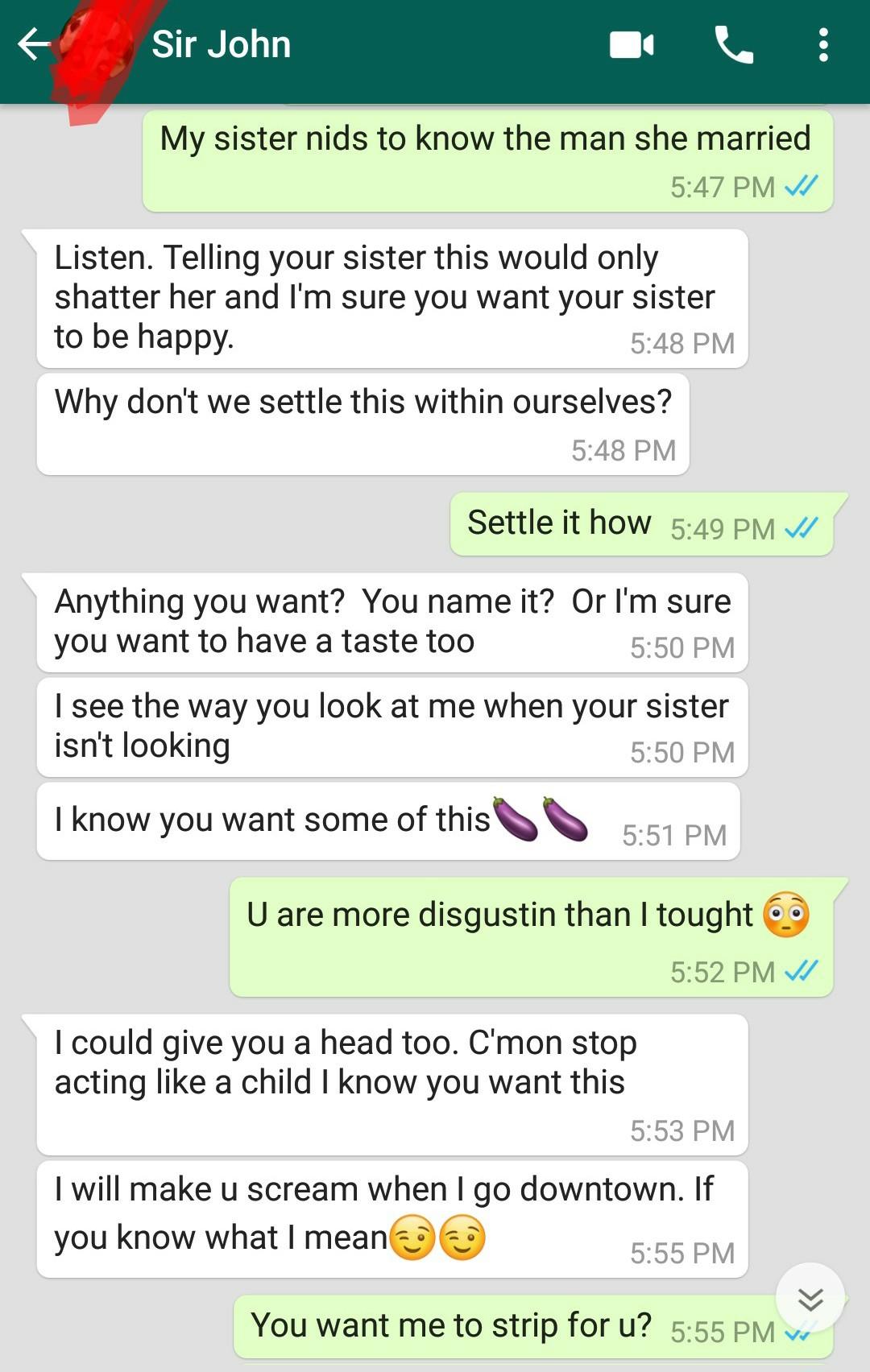 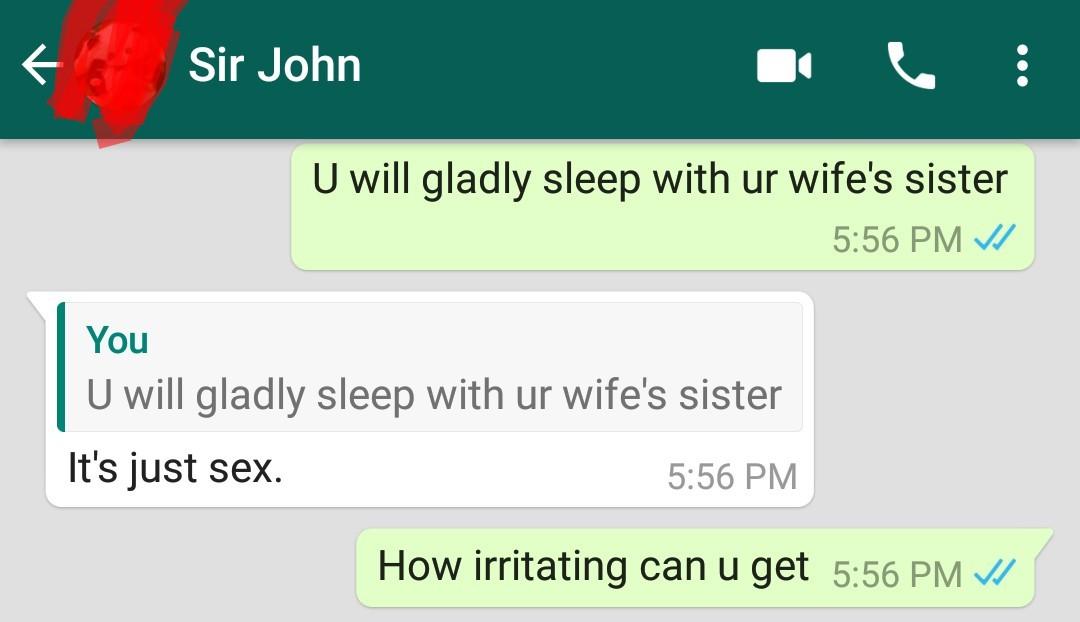