A Twitter influencer took to the platform to has narrate how her best friend duped her of 1 million Naira.

Ada explained that her friend called her to tell her that she has heart disease and has only some months to live. The friend said she needed 3 million Naira for her treatment so Ada claims she gave her 1 million Naira.

Later, she said she received a call from her friend’s mother and when she asked the older woman about her daughter’s heart disease, the woman forbade it and said her daughter doesn’t have any disease.

Ada said she has given her friend a set time to pay up or face the law.

Read her tweets below; 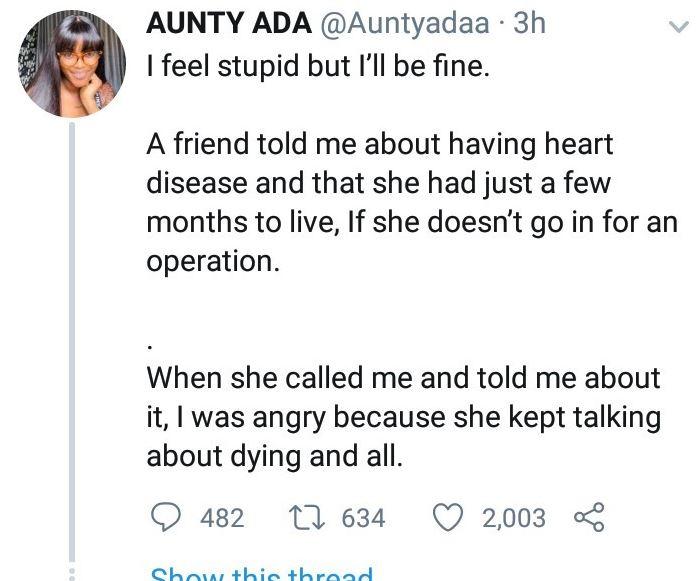 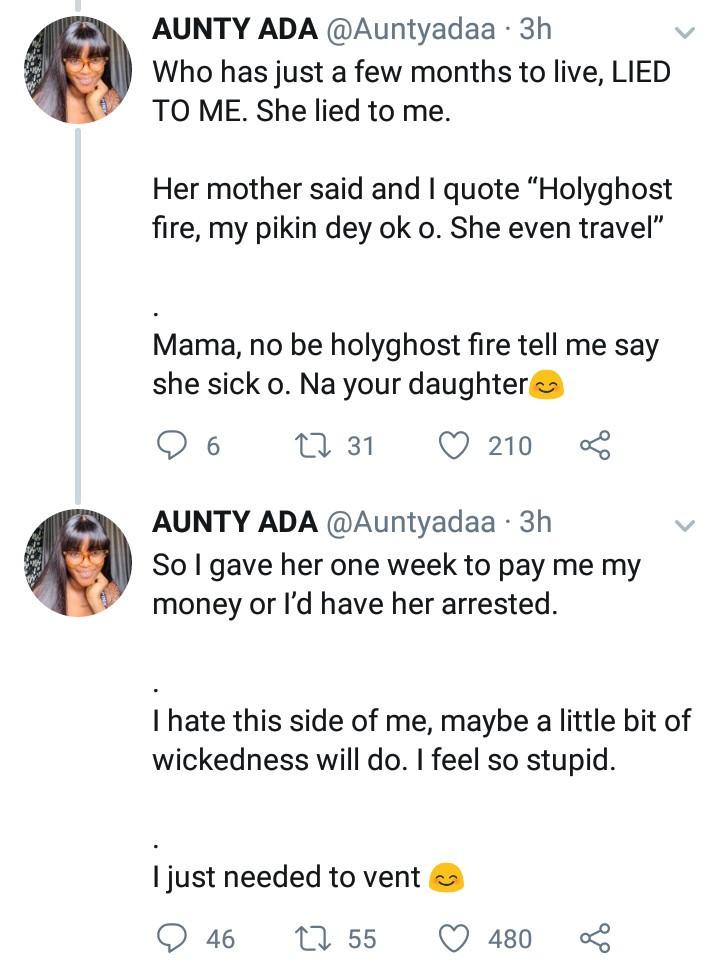 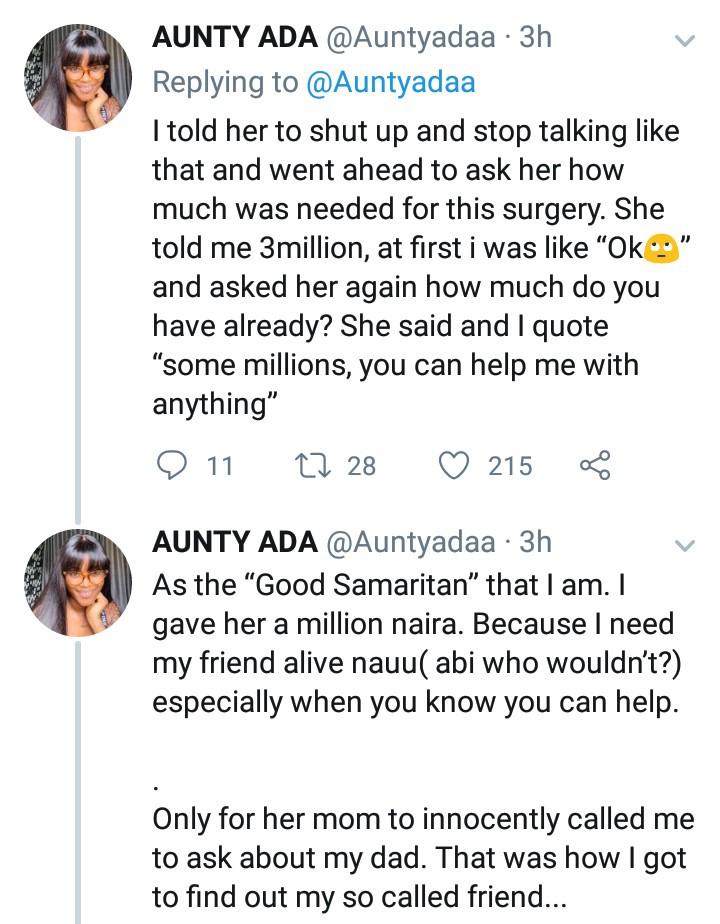