Twitter user, Oluwafumilayo has revealed how she blocked her ears after a passenger in a tricycle (Keke) she entered, requested for her number.

According to Funmi, it is not sensible for a man to ask for a lady’s number inside a tricycle. 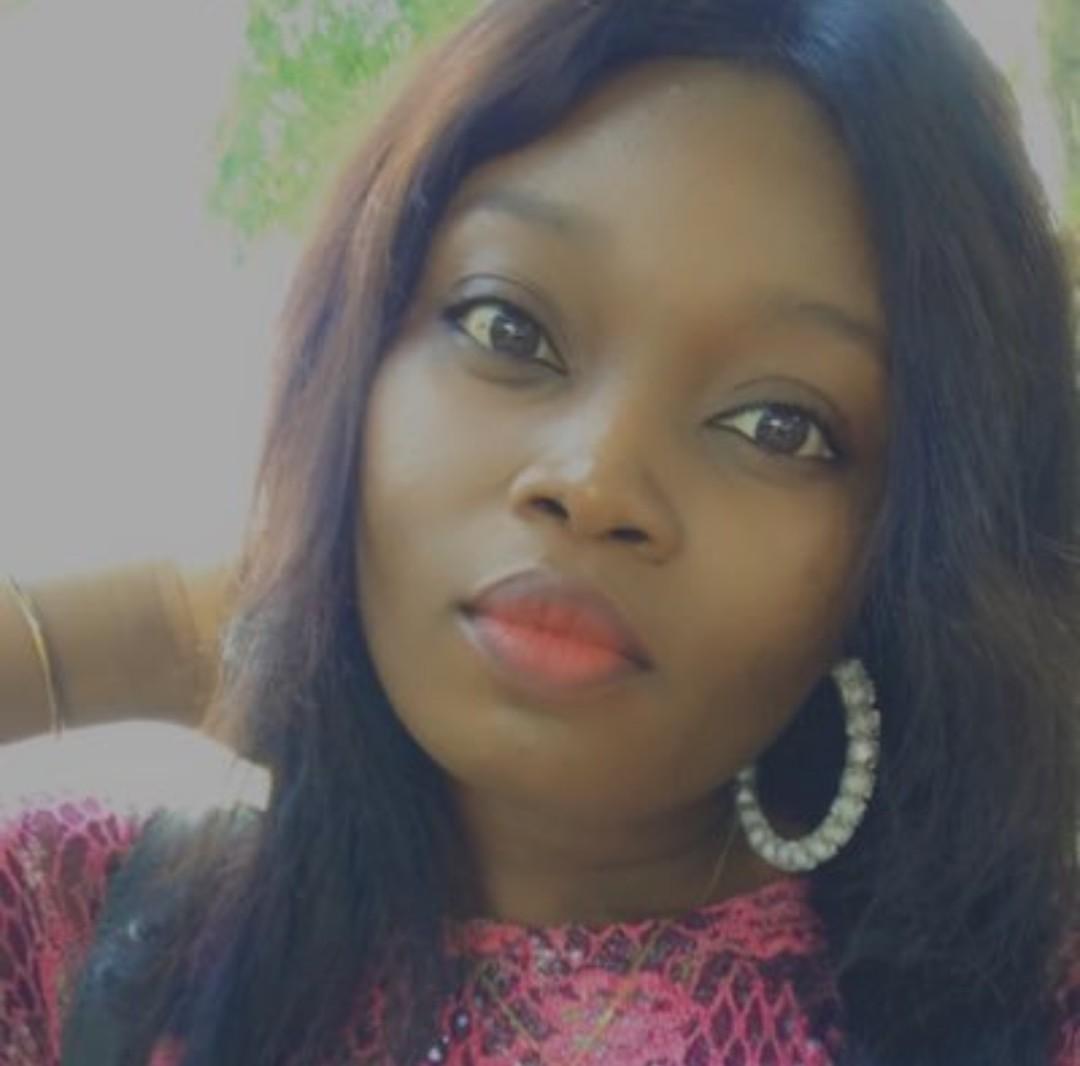 “I entered keke today and this guy was asking for my number, I just blocked my ears. How can you be asking for my phone number inside keke???

Lmaoooo. Come her and spit whatever you want. I’ll still do the same thing tomorrow. It has nothing to do with pride and a lot to do with self respect.

. I said what I said. Don’t go about asking for ladies numbers inside a bus or keke. Mind your business till you guys ge down.

And if I come across someone like that again, I won’t only block my ears, I’ll embarrass him” 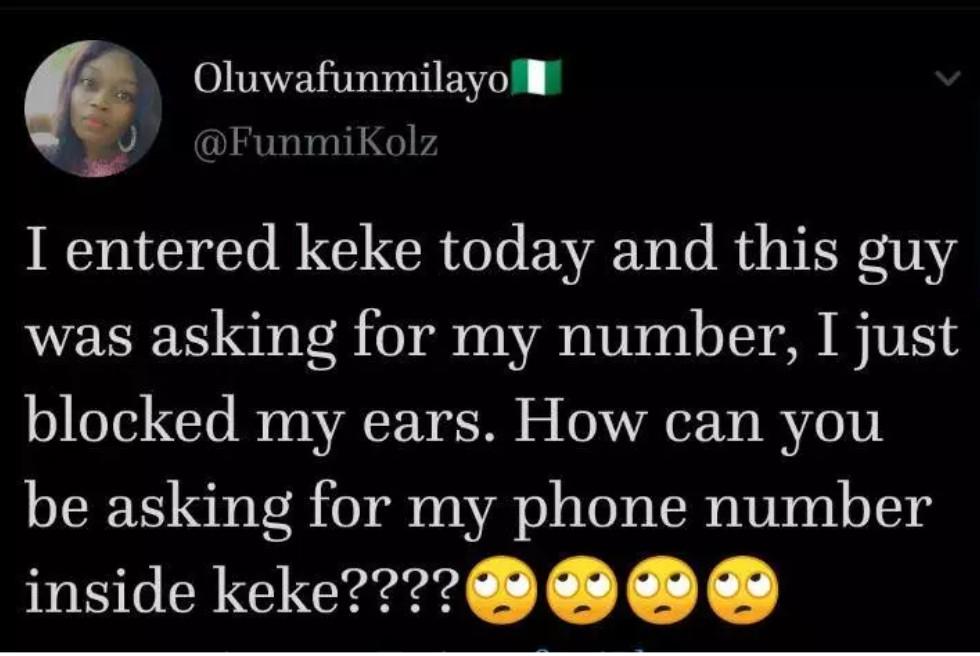 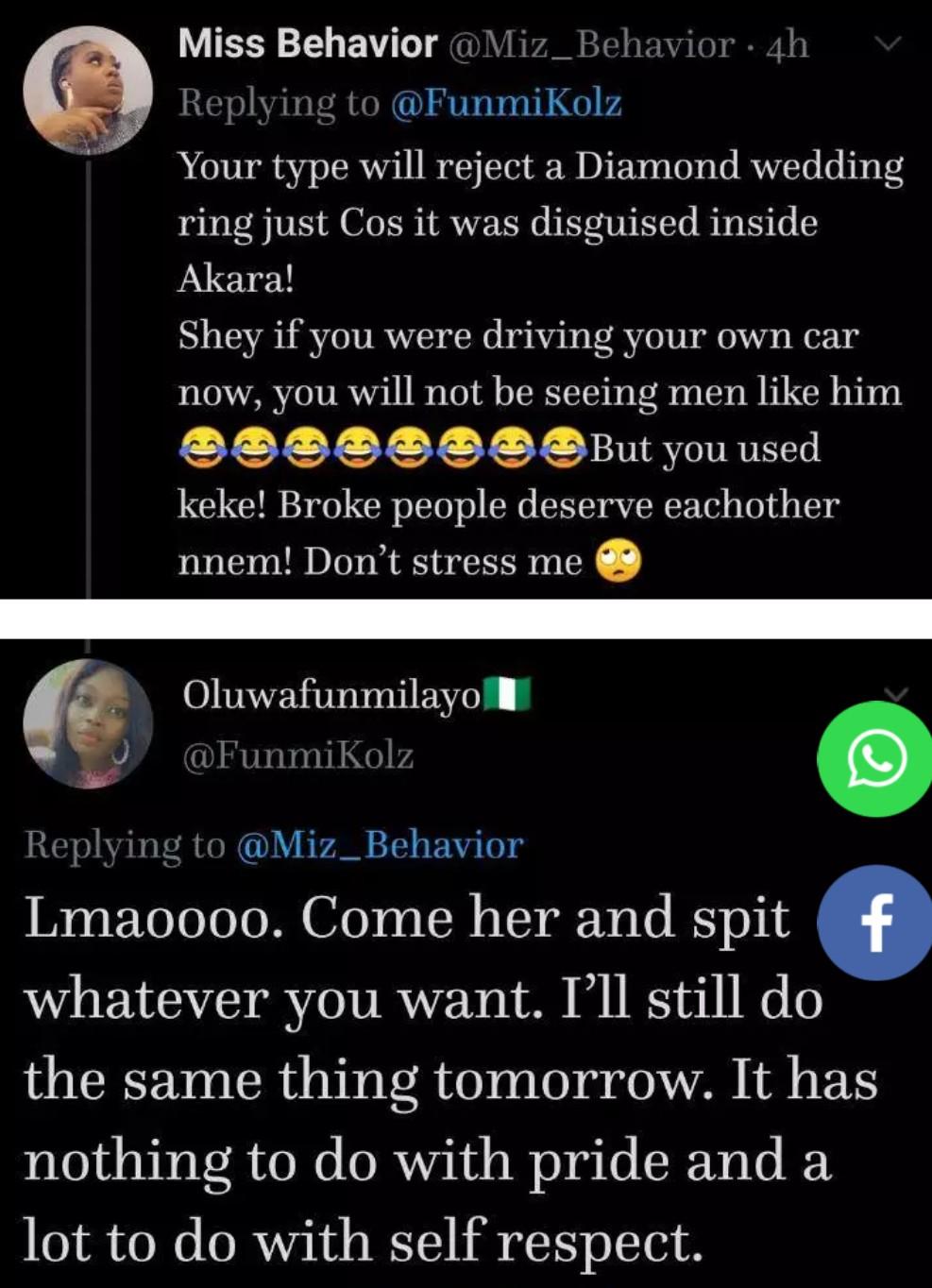