Relationship expert and love doctor, Joro Olunofin has shared an email he received from an aggrieved lady who is lamenting over her failure to attract a married man.

The lady said she met 3 married men but none called her on phone after engaging them in a conversation. She added that one of the men told her not to call him on phone.

The lady revealed that she spent 200k on attraction oil but it is only attracting single guys. The lady said she is now frustrated, adding that the special packages are not special at all. 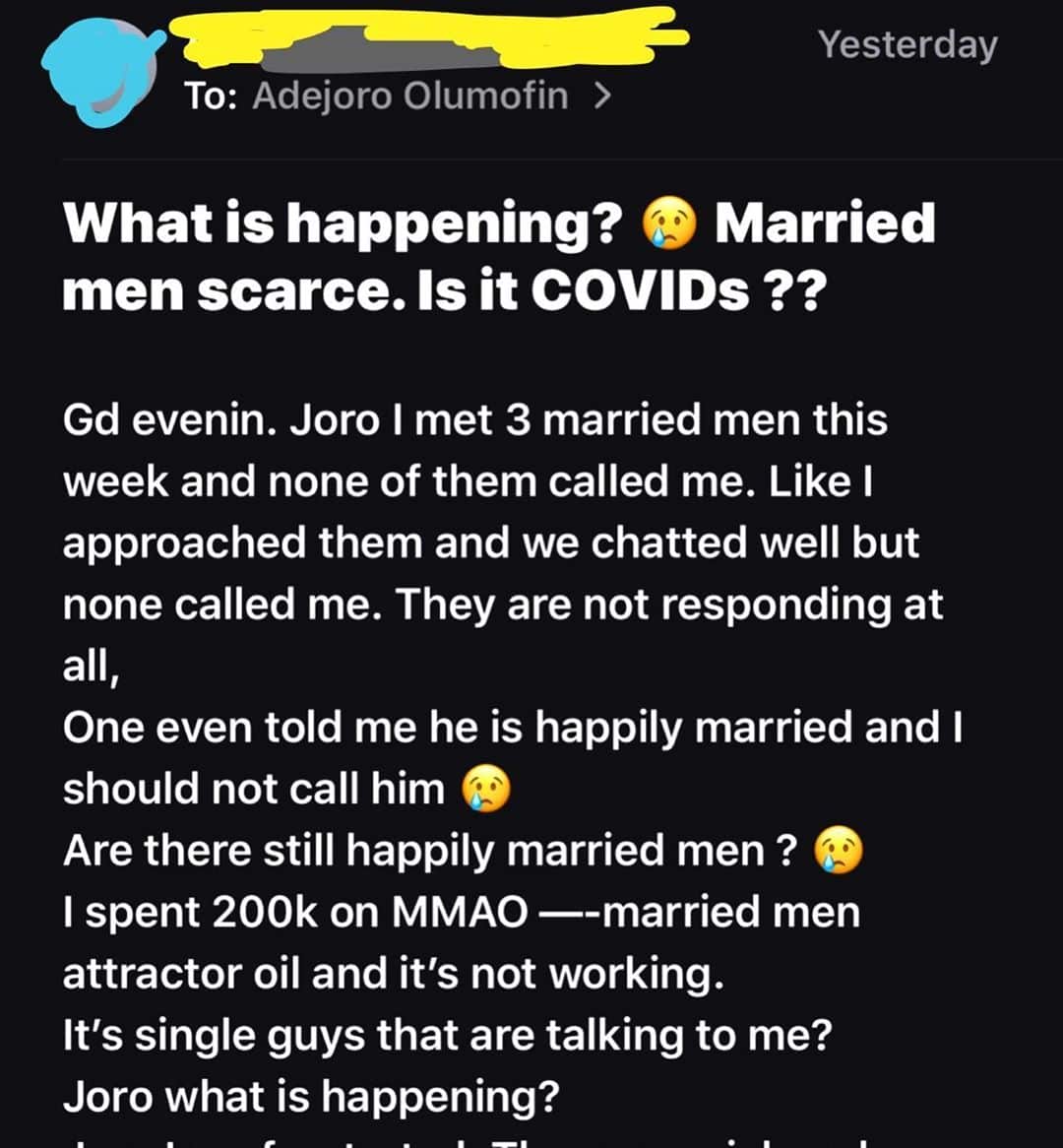 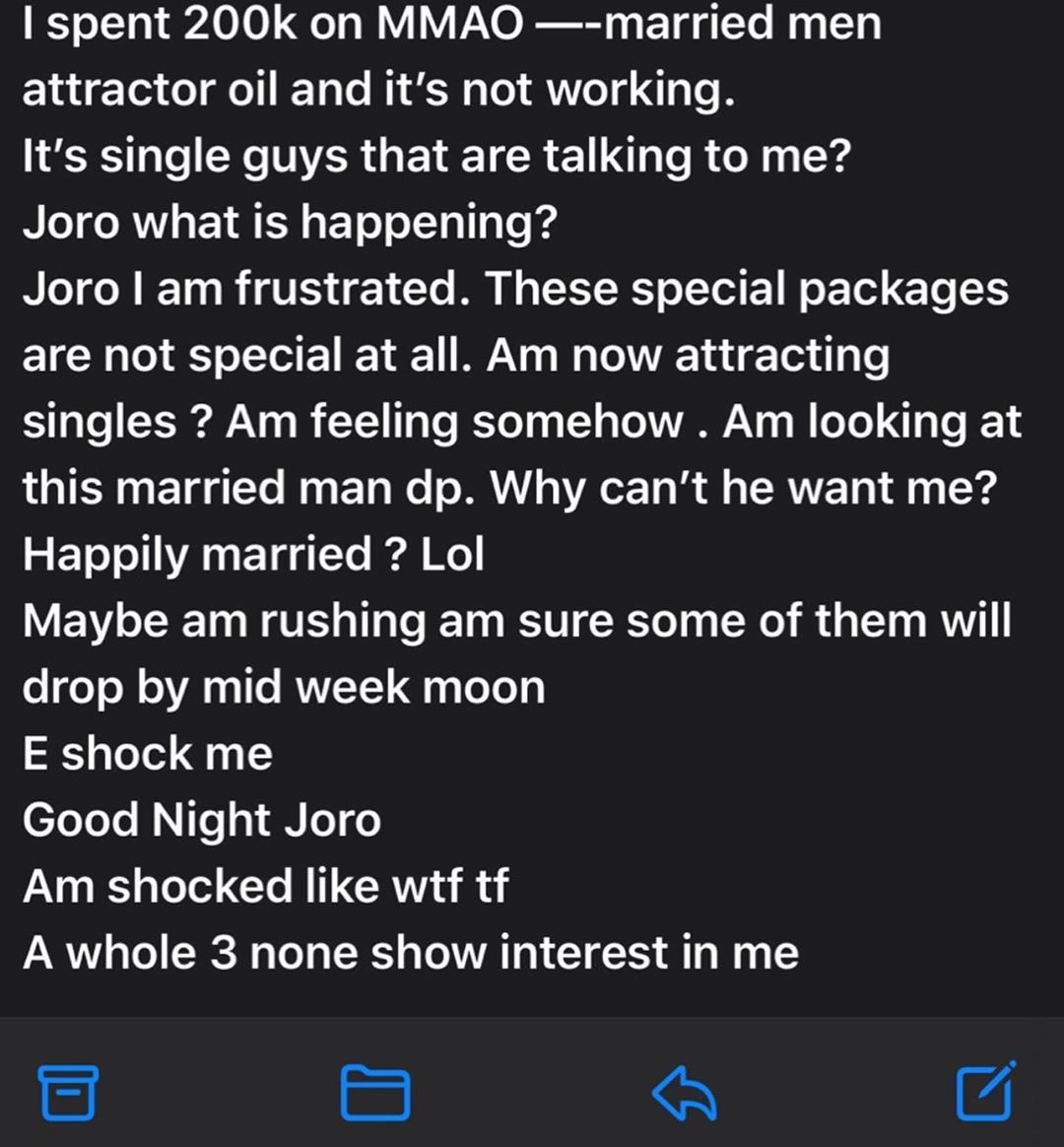