A Nigerian lady has shared her conversation with her wealthy boyfriend of four years whom she has caught several times, cheating on her with another woman.

From the conversation shared, the rich boyfriend identified as Chibueze tried to make things up with his babe after she caught him cheating.

According to Chibueze, it is very difficult for a rich man to stay faithful to only one girl in Lagos. He said he has tried several times to be faithful, but he can’t.

He added that he’s speaking not only for himself, but for majority of the men living in Lagos State.

Read their conversation below; 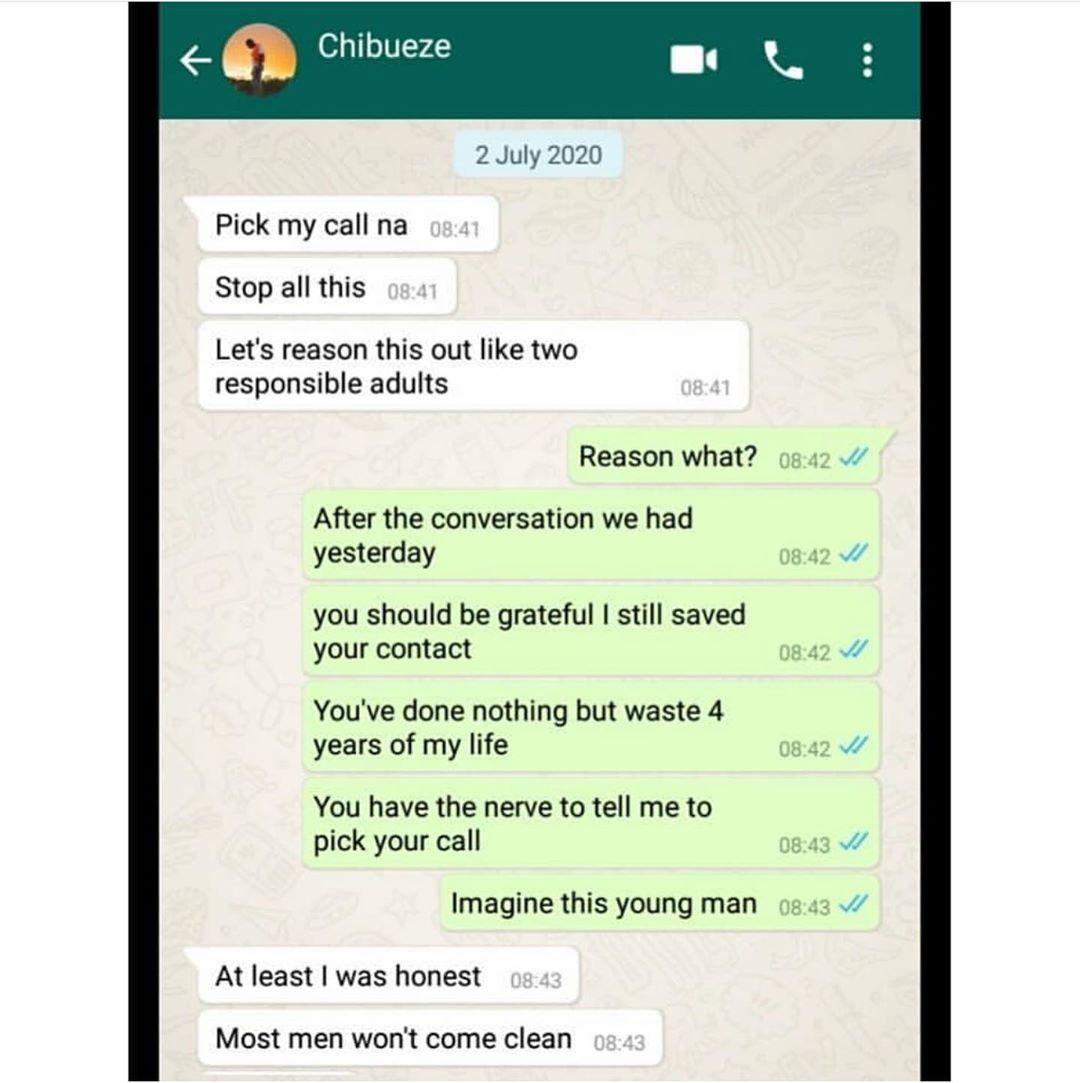 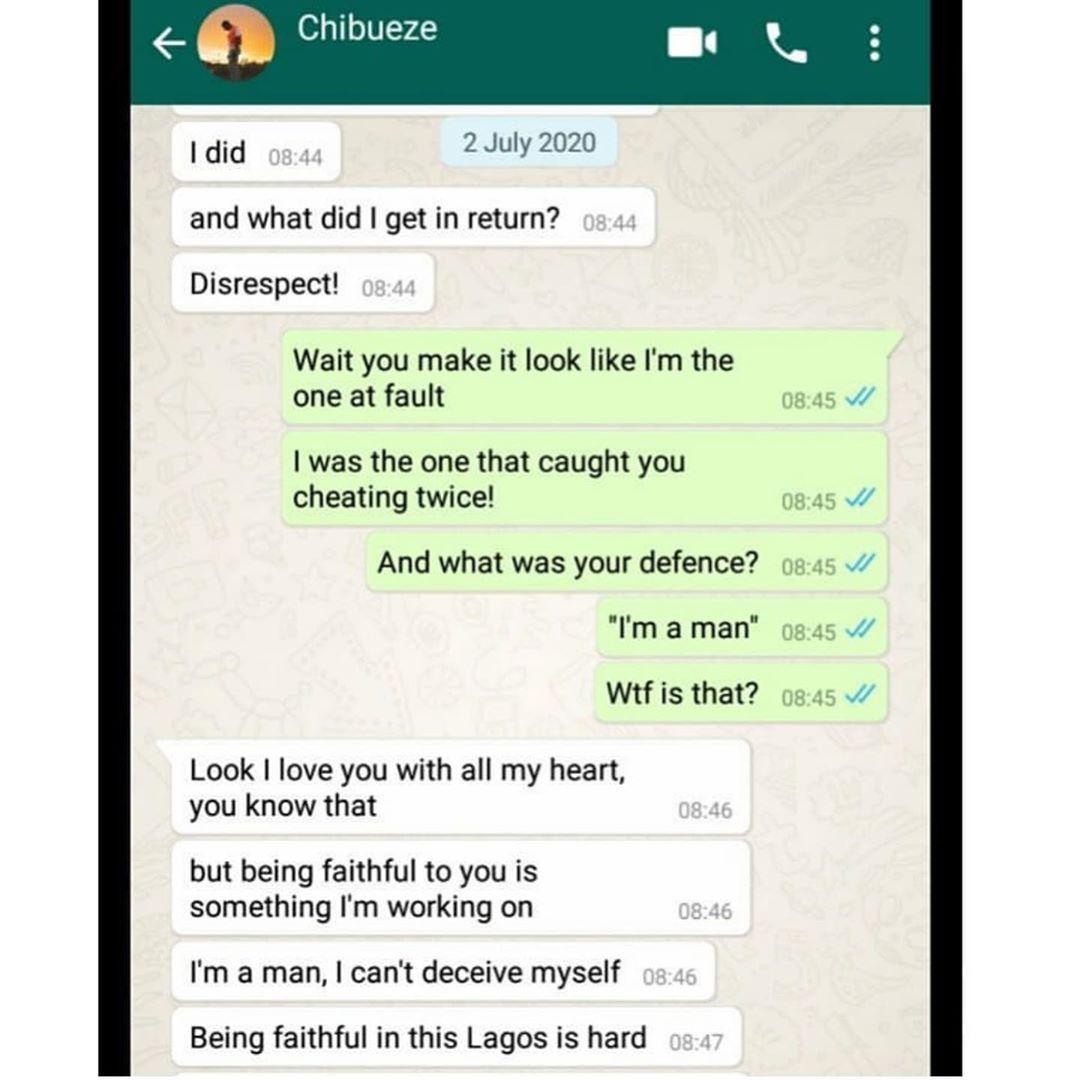 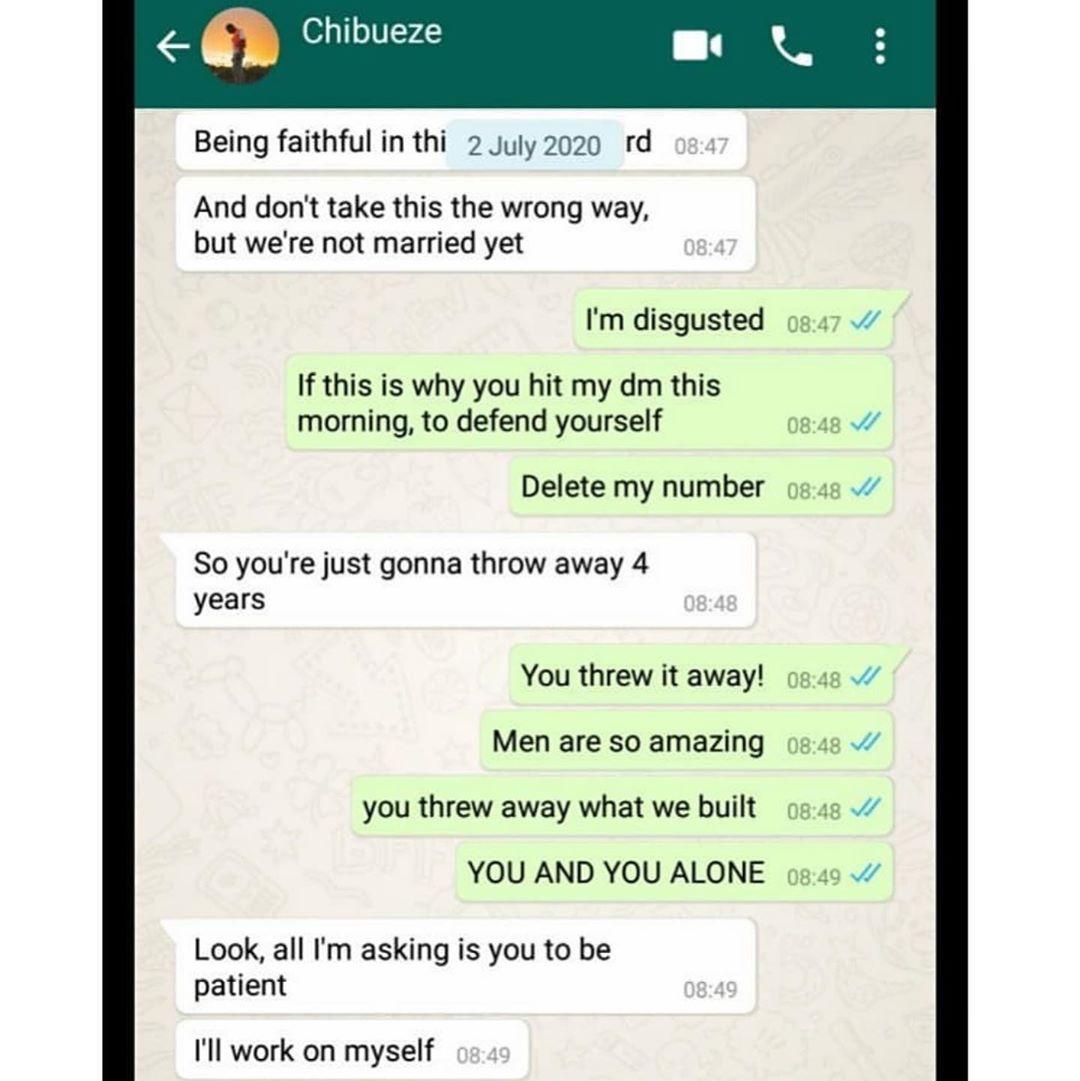 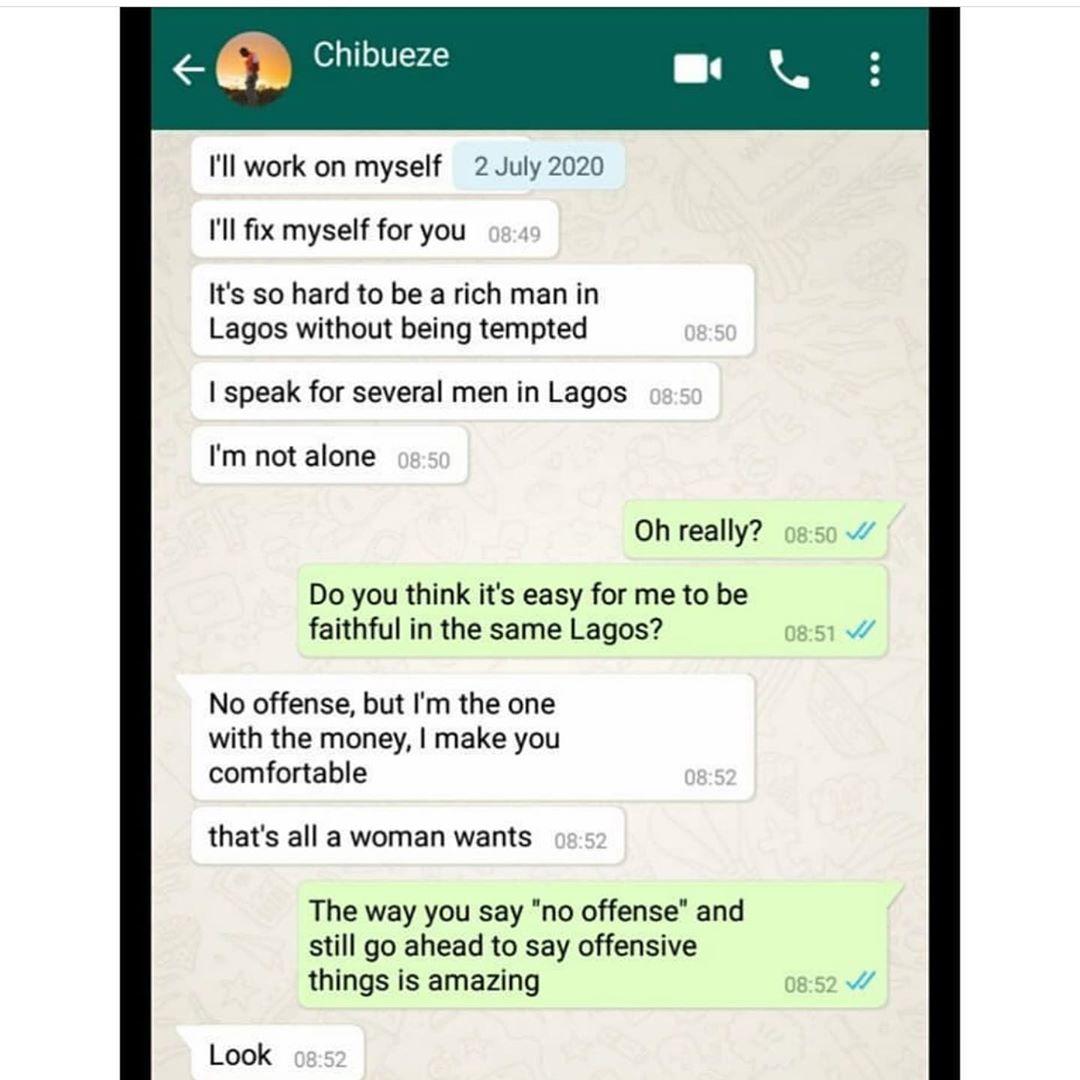 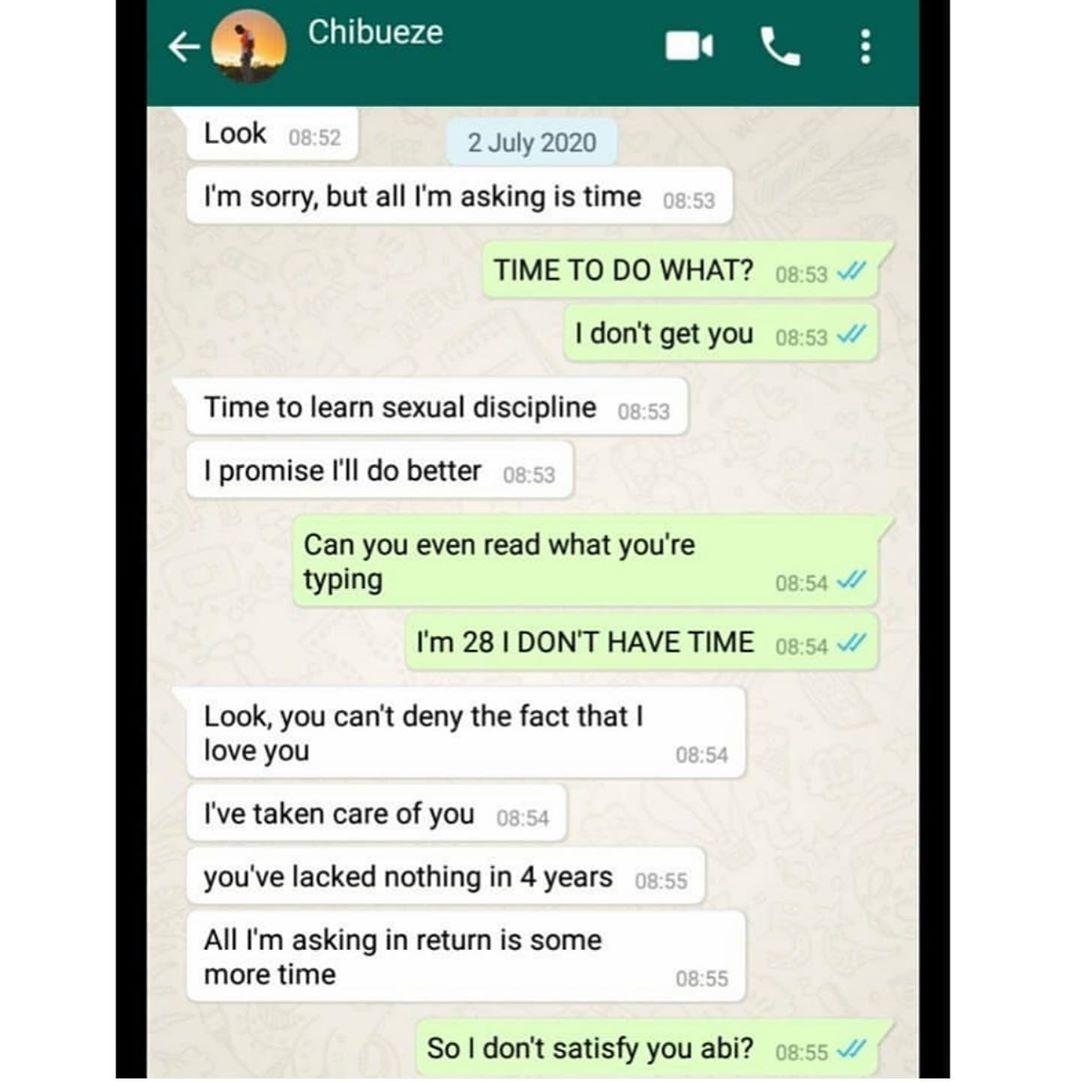 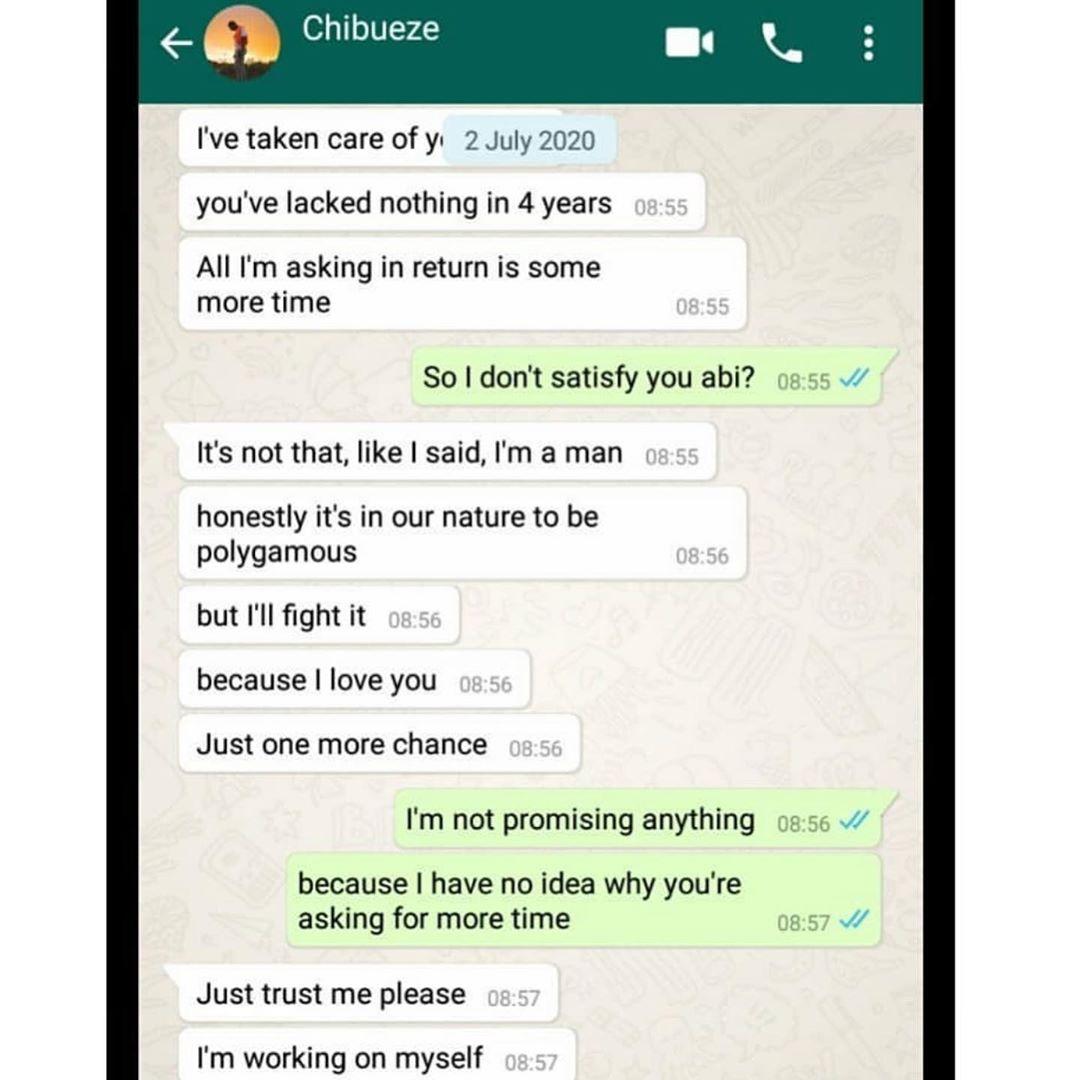