It all started when Yul Edochie took to his Instagram account and shared a page from today’s Bible teaching from Daily Manna 2020.

The page Yul shared from the Bible manual reads: “Today, the present world has overtaken Sodom and Gomorrah in immorality and wickedness, Man has degraded himself to the point of getting married to animals. The LGBT (Lesbian, Gay, Bisexual, Transgender) community is ever increasing with new abominable sexual orientations every day. The world classifies all these under the caption of “human rights” and the need to accept others; diversity. This was exactly what happened in Judah at this time.” 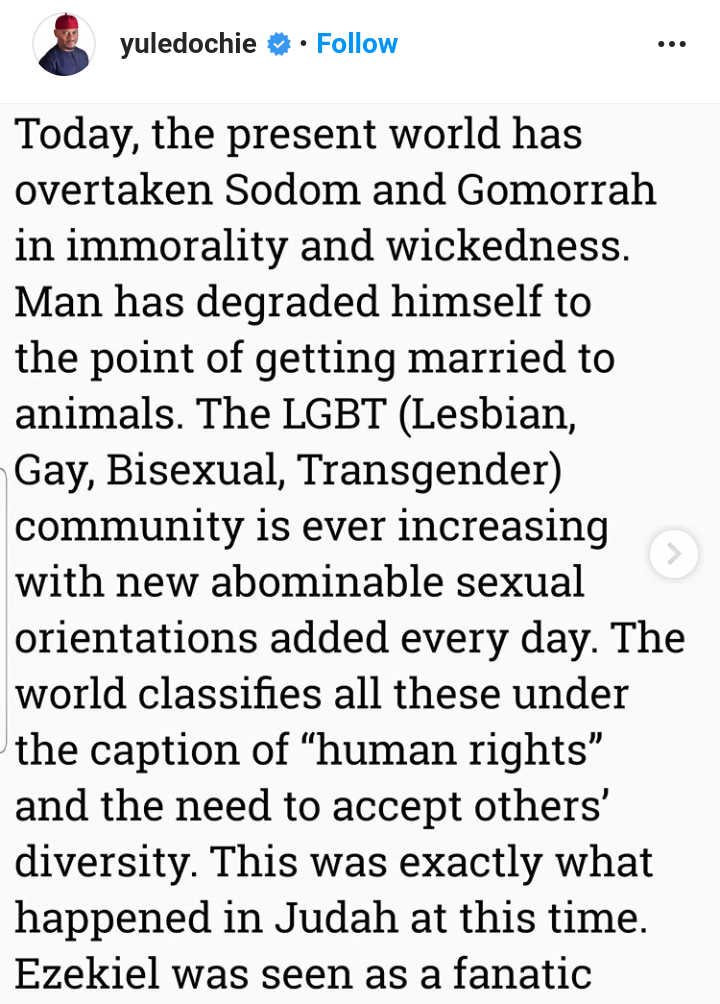 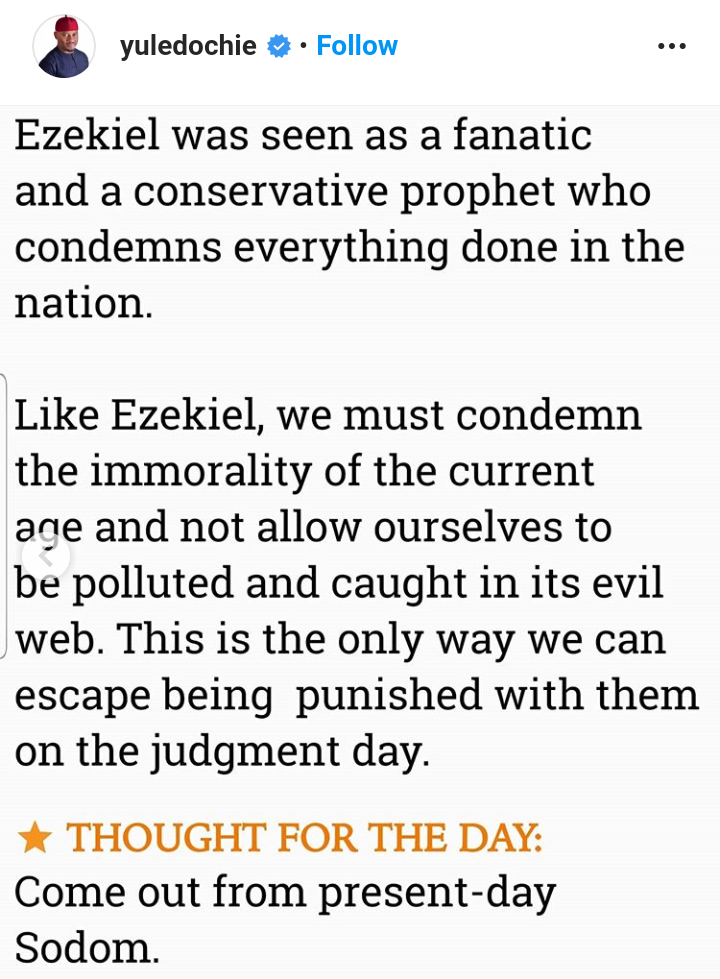 Taking to comment section of Yul Edochie’s post, Paul O disagreed with the thespian on the teachings of the Daily Manna.

According to him, the LGBT are the “best friends” he knows.

He also said a gay neighbour of his in the U.K who is the “nicest guy” he ever knew.

He concluded by reminding the actor that God said “we should not judge so that we too may not be judged”. “Who are we to judge?” he asked. 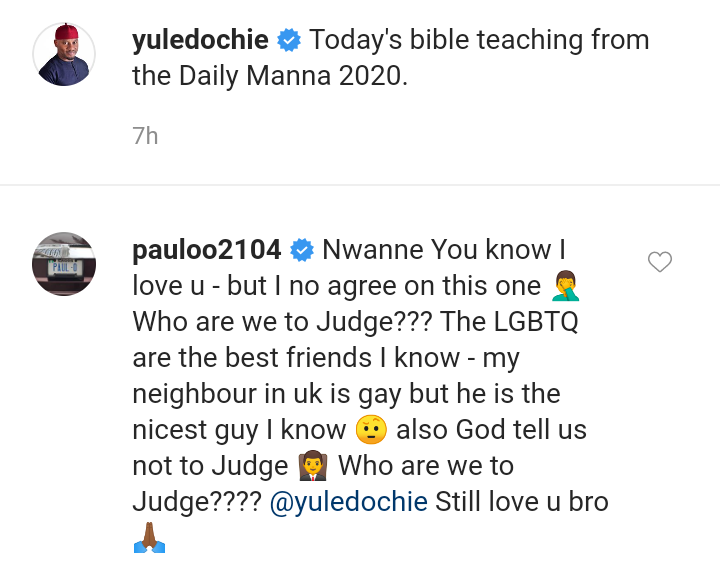 Paul O is the CEO of One Africa Music Fest and also Upfront and Personal, Tekno Miles‘ management.

According to WikiPedia; “LGBT, or GLBT, is an initialism that stands for lesbian, gay, bisexual, and transgender. In use since the 1990s, the term is an adaptation of the initialism LGB, which was used to replace the term gay in reference to the LGBT community beginning in the mid-to-late 1980s.”