Nollywood actress, Nse Ikpe-Etim has replied a Twitter follower who advised her against flashing her boobs in public. 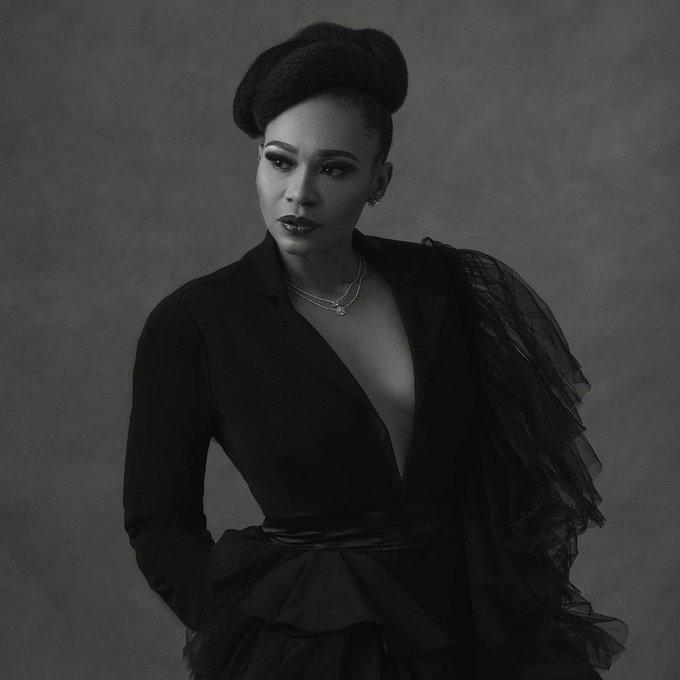 This is coming after the thespian shared a black and white photo of herself flashing her boobs. According to the man, he respects her a lot and she should not allow the public see her deep cleavage again.

“I respect yòu a lot. Don’t allow the public to see your deep cleavage again.” he wrote.

Nse replied warning him not to ever try it again and that he should keep his respect to himself.

“Is this how you talk to your children and wife? Oga… don’t you ever try this again. Keep your respect for those you think deserve it and those you bully! This space is ZEN. Good morning.” she wrote. 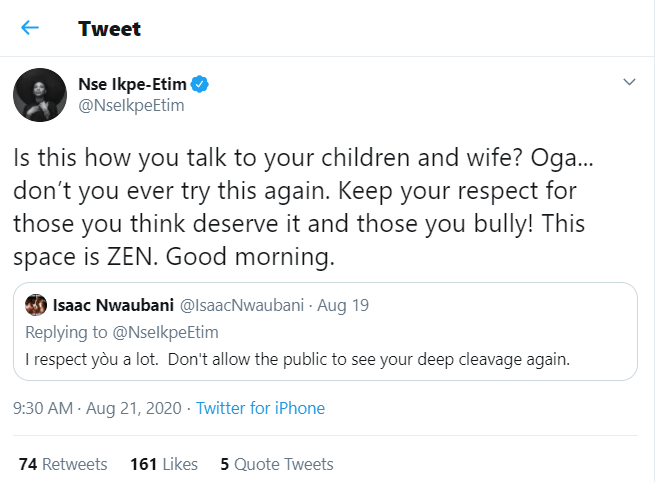