The Returning Officer of the Independent National Electoral Commission, Prof. Akpofure Rim-Rukeh has announced the final result of the Edo state gubernatorial election. 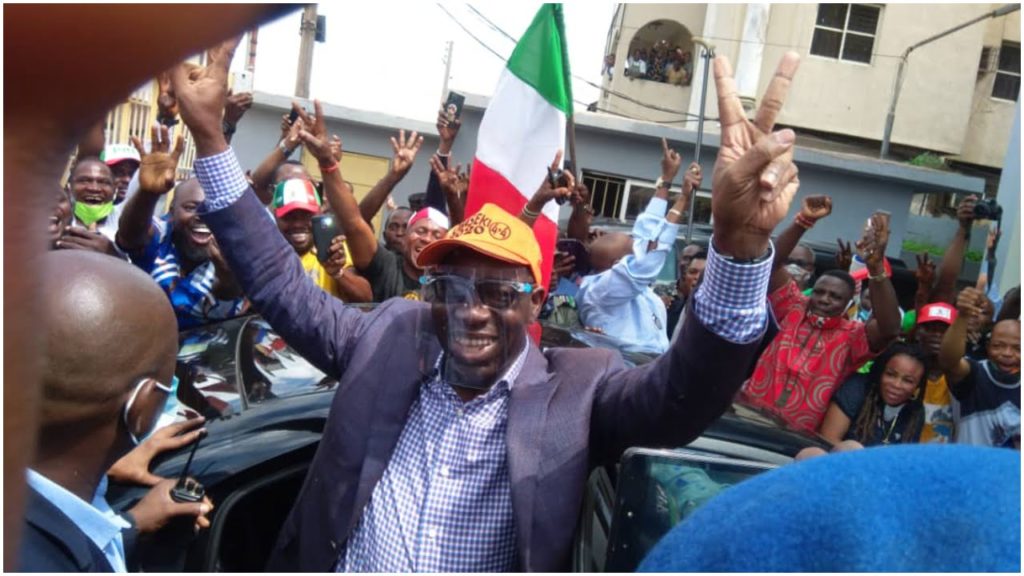 He declared the candidate of the Peoples Democratic Party, Godwin Obaseki, winner of the election.

Obaseki defeated his closest Challenger, Osagie Ize-Iyamu of the All Progressives Congress with a sizeable margin.