A male fan was recently spotted in a video, kissing popular crossdresser, Idris Okuneye aka Bobrisky on the neck.

The video which is currently making the rounds on social media showed the cross dresser all smiles as the male fan showered kisses on him. 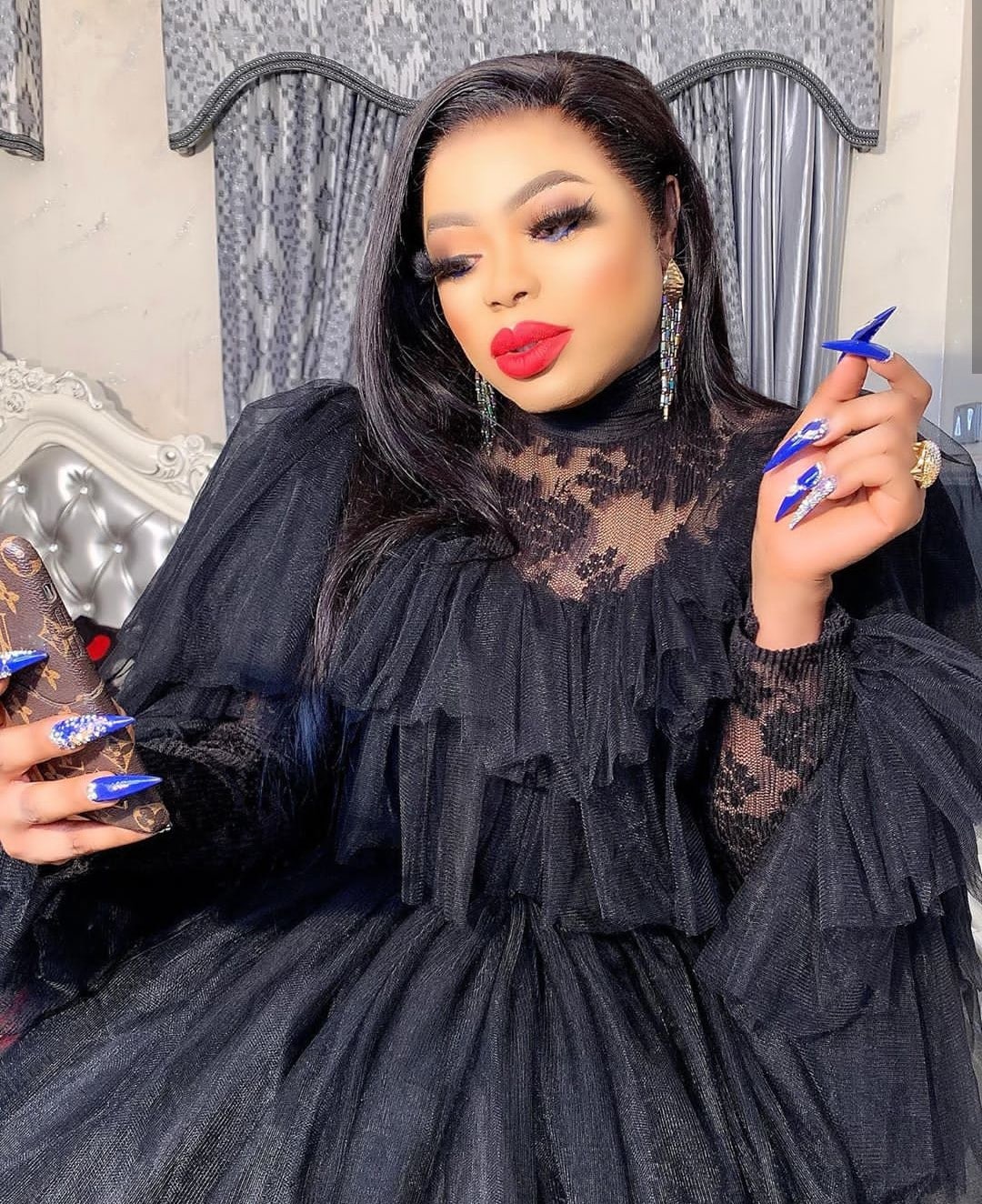 Reacting to the video, some Nigerians have criticised the cross dresser for going back to his ‘barbie’ lifestyle after embracing his true gender during his father’s birthday.

Dropping his ‘barbie-inclined’ lifestyle in his Lagos home, he appeared in front of his father as Okuneye Idris Olarenwaju.

Watch the video of a male fan showering kisses on him below;